Difference between revisions of "Ta 152 H-1" 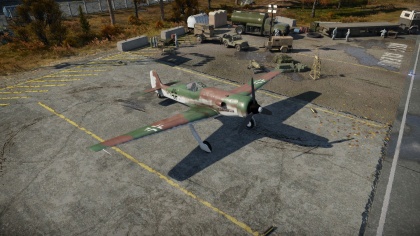 The Ta-152 H-1 is a designated high altitude fighter with a great wing area and good manoeuvrability, unlike its heavier brethren the Ta 152 C-3.

Fly high, preferably at >10km (32000ft) since the engine is more effective at those altitudes.

There is a noticeable change above 3800m where the engine starts providing more power however it is generally not sufficient to make the plane superior to the aircraft it generally fights, so do not rely on it. Most players use this aircraft as a "Boom and Zoom" although it is possible to dogfight with aircraft that have at least one disadvantage (e.g. P51 - Lower Roll Rate at low speeds and Climb Rate above 4000m relative to the Ta 152) so tactics vary.

Not advisable to tackle more than one enemy at once.

Do not dogfight Russian FW 190 D premium, or the Bearcat as there is practically nothing you can do.