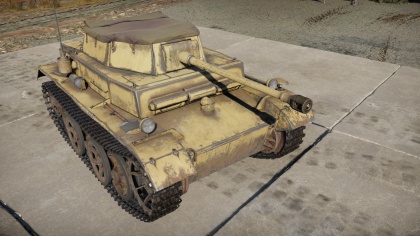 The PaK 38 is probably the best gun you can find at this battle rating range. The shells have decent penetration, good post pen damage and an incredible APCR round makes this tank able to punch way above its weight. Don't be afraid to take this tank into higher rank battles. Beware, though, it will struggle against the upper front plate of T-34s and Shermans, so remember their frontal weak spots. Not that you should be engaging those tanks frontally anyway. Always bring high explosive rounds, as the lack of any secondary armament makes lighter vehicles harder to fight effectively. 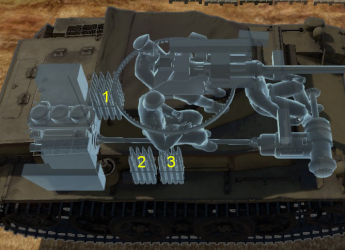