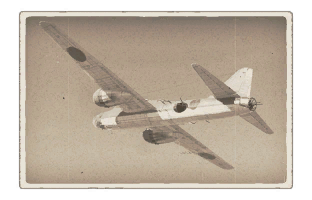 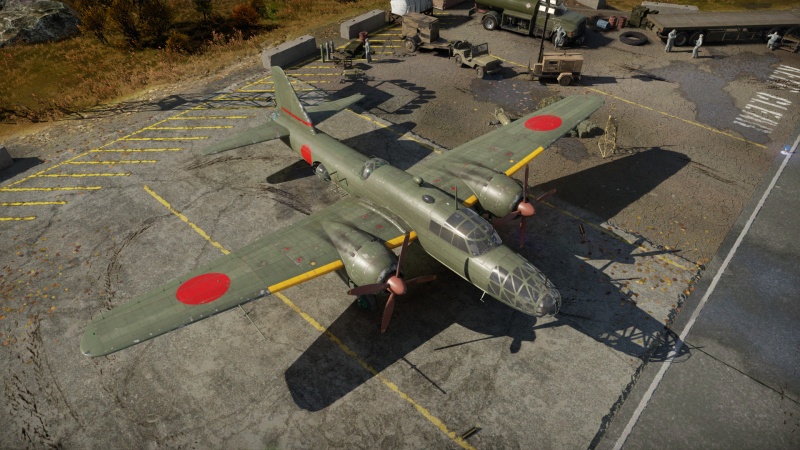 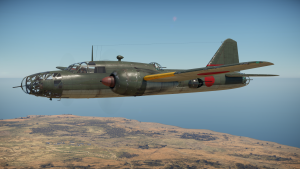 The Ki-67-I otsu is a rank III Japanese bomber with a battle rating of 5.0 (AB/SB) and 4.3 (RB). It was introduced in Update 1.67 "Assault". The Ki-67 otsu excels in many roles in which other Japanese bombers fail to live up to. This is one of the most formidable medium bombers out there, as it is fast, has great defensive capabilities, can mount a wide array of bombs and torpedoes, and has really good survivability. The Ki-67 otsu has a wide variety of roles, but its main role is actually a frontline bomber, as it can destroy Pillboxes and other high value ground units. Its payload isn't designed to target bases, so it is advisable to target individual ground targets. The Ki-67 otsu differs from the previous model, the Ki-67 Ko, in rear of the aircraft. The Ki-67 otsu has a double tail gun configuration, giving it more defensive capabilities. 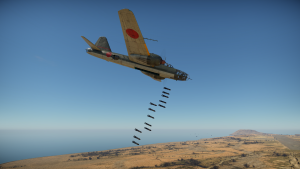 The flight performance of this plane is extremely smooth. The Ki-67 can turn really well for a bomber. It has a high rip speed of around 650kph. It has excellent acceleration and speed as well, so it can outrun some pursuing fighters. The Ki-67 otsu performs identically to the Ki-67 Ko. It is also important to note that this aircraft is equipped with radial engines, which won't overheat under the WEP setting. 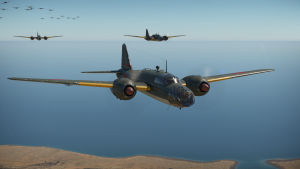 The Ki-67 is one of the most sturdy Japanese aircraft in War Thunder. It has self sealing fuel tanks. It can take lots of punishment from .50 caliber rounds. However, when facing aircraft with cannons, it will quickly fall prey to HE rounds unless you take immediate evasive action. 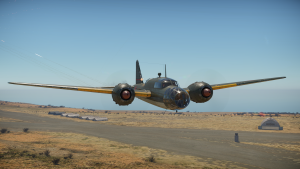 The Ki-67-I otsu can be outfitted with the following ordnance: 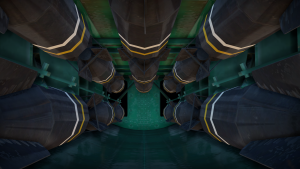 The Ki-67 can be used in air arcade battles to an excellent extent. In Arcade Battles, it can use its bombs to effectively destroy many ground units, playing an important role in ticket count. To start, take the eight one-hundred kilogram bombs and dive to the deck. Stay away from the main group of fighters, as it is advisable to stay on the outside of the map to avoid fighter confrontation. Next, bomb any ground targets you see. Tanks and Pillboxes are killable only with direct hits, so use the maneuverability of this bomber to drop your bombs with precision. Do not drop bombs on bases, as your payload is not as big as that of Heavy bombers. 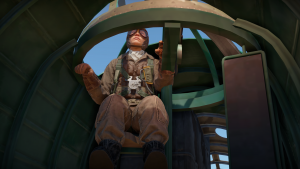 In Air RB, the Ki-67 otsu does well in the ground attack role, but due to limited bombs, you'll need to make frequent trips back to the base. The strategy here is to target Pillboxes and medium tanks with the 250 kilogram bombs. Remember to set a three to two second fuse on those bombs!! To start, you'll need to head in for an attack run as fast as possible. Dive towards the ground targets and line up with the Pillboxes. After dropping your four bombs, immediately return to the base, as enemy fighters will be closing in on you. Staying low is critical, as other fighters that dive in on you can be dragged lower to allow for allied interception. However, on certain Pacif Maps, you'll need to take torpedoes. To effectively destroy the ships, you'll need to chose a target. At the start of the battle, note if your allies have equipped torpedoes. If no allies are present, head for the destroyers. They take one torpedo to kill. If multiple allies with torpedoes are present, communicate with your team to target the carriers. They are the most rewarding target to kill.

The Ki-67 is equipped with two powerful radial engines. They also come with a two-stage supercharger. The propeller pitch should be used at 90%-100% when on WEP. Lower the propeller pitch to 90% when at high speeds. The radiators can be kept at 10-20%, and the supercharger can be activated at 3.5 km (11k ft), and the mixture can be set to the following at each specific altitude: 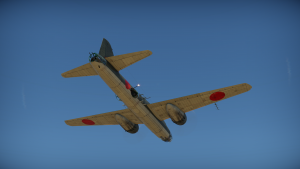 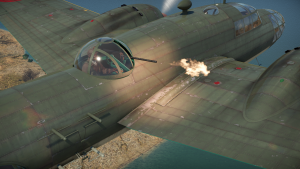 The Ki-67 was used for level bombing and torpedo bombing (it could carry one torpedo attached under the fuselage). The Ki-67 was initially used by the Japanese Army and Navy Air Services against the US 3rd Fleet during its strikes against Formosa and the Ryukyu Islands. It was later used at Okinawa, in Mainland China, French Indochina, Karafuto and against B-29 airfields in Saipan and Tinian. One special ground-strike version used in the Giretsu missions was a Ki-67 I with three remote-control 20 mm cannons angled at 30° for firing toward the ground, a 20 mm cannon in the tail, 13.2 mm (.51 in) Type 3 machine guns in the lateral and upper positions, and more fuel capacity. Even with more fuel, the Giretsu missions were one-way only because of the long range. In the last stages of World War II, special attack versions of the Ki-67 (the I KAI and Sakura-dan models) were used in kamikaze missions. (References include information from Lt. Sgt. Seiji Moriyama, a crew member in Fugaku Special Attack Unit, who witnessed Ki-67's being converted into To-Gō suicide planes with two 800 kg/1,760 lb bombs during Okinawa operations.)

By the end of World War II, 767 Ki-67s had been produced. Other sources relate that 698 Ki-67's were manufactured, excluded the KAI and Sakura-dan conversions. 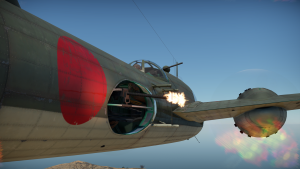