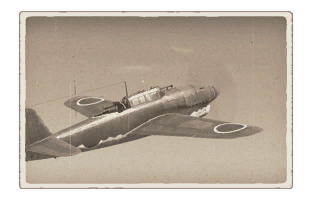 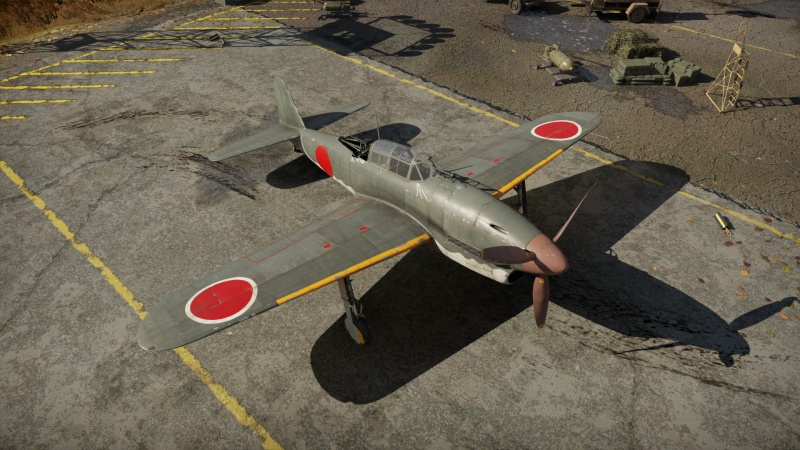 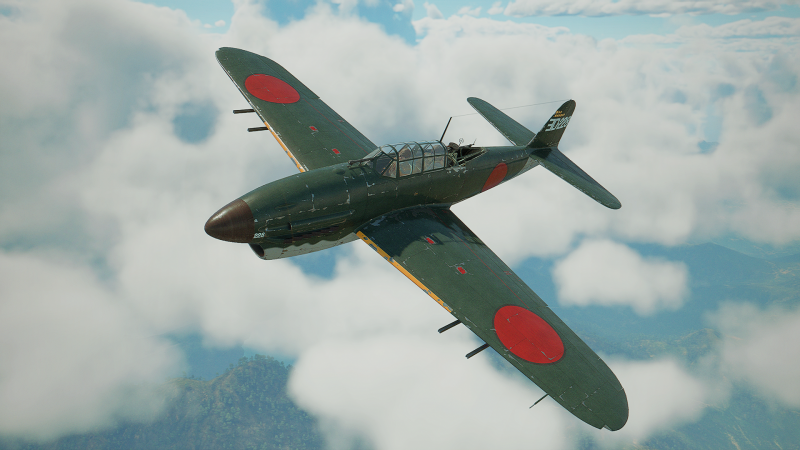 The Suisei Model 22 upgrades the engine from a Aichi Atsuta 21 to an improved Atsuta 31 compared to its earlier model, the D4Y1. Next to its engine changes it comes with the possibility to equip rocket racks, which could load fused munitions to blow heavier bombers out of the sky. 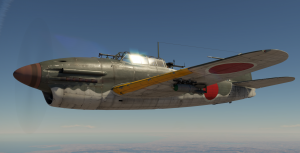 The D4Y2 behaves much like the D4Y1: fast, agile, and powerful. However, since you don't get a radial engine, your Atsuta engine will overheat very easily on WEP, even with both radiators fully open. WEP should be used when on the deck when ground pounding, or in dogfights. Using WEP while climbing should only be done on cooler maps. It gets a bomber airspawn, which allows the D4Y2 to outclimb all the fighters, but be sure to select the right airspawn, because it gets a carrier spawn by default on pacific maps. The only issue with the performance of this aircraft arises at high altitudes, where it is left without a supercharger. 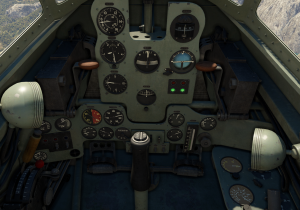 The D4Y2's cockpit and dash instruments

The D4Y2, like its predecessor the D4Y1, lacks any armour and self-sealing fuel tanks. The fuel tanks are located in the same location (2 in each wing). The gunner is still unprotected.

The D4Y2 is a very strong ground attack aircraft, and thanks to its high speed and agility, it can make a great fighter. This is your typical Japanese dive bomber, which has excellent ground-pounding capabilities, as well as fighter-hunting abilities. Since the D4Y2 gets a bomber airspawn, it can outclimb any fighter you want. You can also outspeed and outmanoeuvre pretty much anything, even Spitfires. However, the D4Y2 carries something special, something that the D4Y1 and D4Y3 Ko cannot carry, fused rockets. What some might realize about Japanese planes is their inability to bomber hunt. Fused rockets fix this issue, by being a great pick to tackle slow, sturdy, and sluggish bombers. Even if you don't get the rockets exactly on point, the explosion near the bomber could be enough to rip a wing off or damage their controls.

The D4Y2 can be outfitted with the following ordnance:

The D4Y2 is defended by: 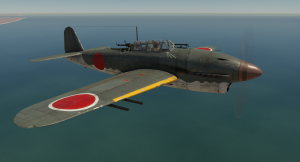 The D4Y2 is a pilot's play, meaning that you can choose whatever role you wish in a D4Y2, since it has bombs, rockets, and a bomber airspawn.

Interceptor - The D4Y2 can carry fused rockets, meaning they'll explode after a certain distance. Usually Japanese planes are horrible interceptors, they are slow, easily set on fire by turrets, and have poor armament. However, the D4Y2 can carry rockets, turning the tables in the D4Y2's favour. Set a fuse on your rockets to whatever you please, as long as it is between 400 and 800 m. Use impact fuse however, when ground pounding. To intercept a bomber, don't rely on your machine guns. Don't tail the bomber either. Instead, dive on it, or engage in a head-on if they don't have forward guns. Fire your rockets when you are exactly the distance away from the bomber as your fuse distance is. Remember to lead, as the rockets tend to curve and don't travel as fast as the MGs.

Fighter - The D4Y2 is a great fighter, but has two flaws, armament and energy retention. Speed is your armour, as well as altitude, because you cannot retain any energy in a boom and zoom attack. It isn't a good idea to boom and zoom either, unless the enemy aircraft is a bomber, or a damaged fighter, or any other slow target. Your fights will mostly occur near the ground, where the D4Y2 has good acceleration. You can turn with anything you wish. However, there is one danger with fighting near the ground. If you lose all of your energy when turnfighting (it will happen sometimes), you become the perfect target for a boom and zoom attack. Since you can't dive away from boom and zoomers on the ground, the D4Y2 is a sitting duck. The turret won't do anything either, but trying to dodge the incoming threat is still a good option, as long as you keep your speed up.

Attacker - Since the D4Y2 can carry bombs and rockets, we must discuss the attacker role of this aircraft. On new maps like Honolulu, as well as old maps like Iwo Jima, rockets will be a good pick. Rockets easily destroy cargo ships, especially ones on the move. Take the bombs on maps with light pillboxes. Use your armament only for AAA, howitzers, artillery, and lightly armoured trucks. Once all ammunition is spent, or if enemy fighters are sighted, return to the base. 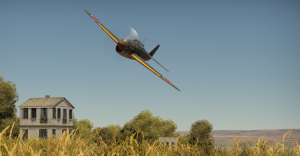 The D4Y2 doing a flyby 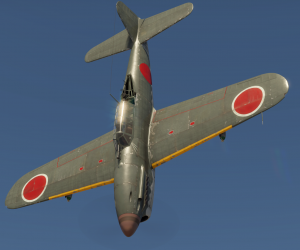 Nicknamed the "Judy" by allied pilots, the D4Y2 was feared by both troops on the ground and ships in the sea.

The D4Y2 was a carrier based dive bomber. It sported a 1,400 hp "Aichi AE1P Atsuta 32" engine. The D4Y2 would see 7 variants, and was the most widely used version of the D4Y series.

Some variants had very unique roles such as the D4Y2 KAI Suisei Model 22, designed to be launched from a battleship by the means of a catapult.

With a range of 1,400 miles the D4Y2 was perfect for the defence of the Japanese territories. Combined with its extreme accuracy in a dive, it saw great success. However, with Allied aircraft upgrading from the F4F Wildcat to the F6F Hellcat, it was no longer fast enough to escape and started seeing massive casualties in missions which just months before would have had little to no casualties. The increased death rates of the pilots and crew saw pilots becoming less and less experienced, increasing the death rates even further. Slowly the time of the D4Y's was coming to an end.

No D4Y2's survived the war, but their legacy lives on as a feared a ruthless dive bomber and night fighter. Their achievements include the attack on the USS Enterprise and attack on the USS Bunker Hill which was damaged beyond repair at sea and had to return to port in the United States to repair.