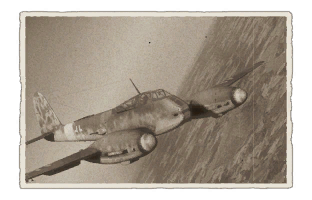 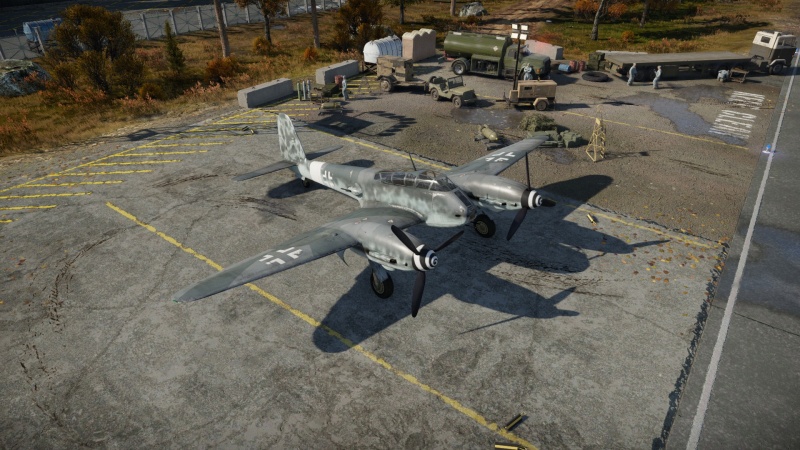 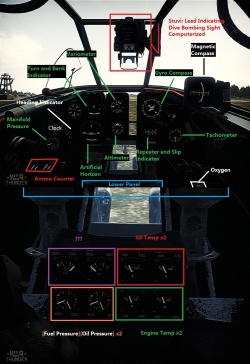 The Me 410 B-1/U2 can be outfitted with the following ordnance:

This aeroplane is great for conquering airbases because you can use it to approach very close to the ground and very, VERY fast up to the very last moment. This is because of the "Hornisse"'s effective airbrake. When running towards the runway, don't hesitate to put the pedal to the metal up to really shortly before touchdown, then push off the airbrake, gear and all flaps (in that order). Ignore all warning and try to touch-down with about 200-240 km/h.

For this reason, always try to get into power fighting when it comes to taking on with single-engined enemies. Try to stay in a group. Your defence weaponry will serve you as well as it will your allies.