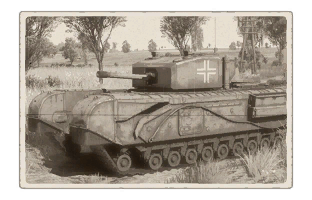 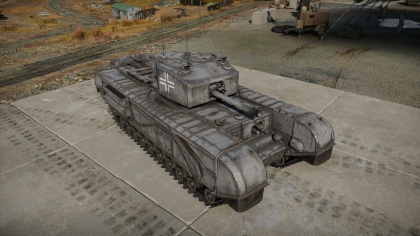 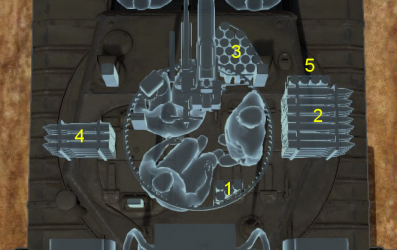 This tank can be effectively be played in a brawling style, going into the front lines. This tank, due to it's excellent armour and gun, can even hold off an entire enemy flank with minimal backup. In city maps, be careful not to expose your side armour as it is quite weak and your engine might get damaged. With it's good gun, it can be as a support tank as well, in the second line destroying tanks. Angle your armour to maximize it's effectiveness. When frontally angled, even the sides will be tough to penetrate. Many tanks will struggle penetrating you. There are some tanks that you don't even need to worry at all penetrating you from the front, such as the Panzer III. Angling your armour will make you even tough against the high penetration Panzer IV F2. However, be aware of higher penetration tanks. The M10 is a worthy mention as most of the time it might be able to penetrate your armour. The far deadlier Achilles can penetrate your front with little effort. Thus, it is advised to take cover, angle, or destroy them first. Shermans are not much threat since they won't really penetrate your armour, but sometimes they do. They are easy to deal with as your 57 mm gun can punch straight through. Your 57 oddly does a lot of damage for a 57 mm gun. It can one shot Panzer III's, and sometimes Shermans if you aim correctly. Overall, the Churchill III is a very powerful Rank III vehicle that is capable of holding off an entire flank, while destroying tanks easily in quick succession.