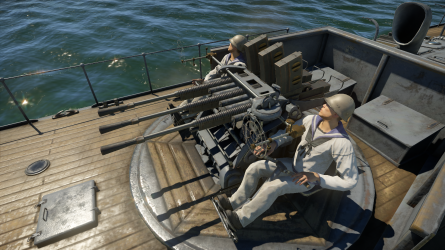 The Type 96 had a barrel diameter of 25 mm (1 inch), a barrel length of 1.5 m (60 calibre), weighed 115 kg, and fired rounds with a muzzle velocity of 900 m/s. A rate of fire of 260 rounds per minute was possible, though the rate of fire was most commonly set around 220 rounds per minute, lower in elevated positions as the position interfered with spent cartridge ejection. The Type 96 was fed by a box magazine with a capacity of 15 rounds, with high explosive, high explosive incendiary, armour-piercing, and tracer rounds available. The Japanese made several modifications to the original French design, incorporating a Rheinmetall flash suppressor design, substituting forged metal components with cast metal, and using stainless steel components for use on submarines. The Type 96 was gas-operated and had an air-cooled, monobloc barrel. The barrel was replaceable, although change-outs were difficult.

Entering service in 1936, the Type 96 was very widely used throughout the Imperial Japanese Navy, mounted on almost all ships during WWII. Some guns were even used in the anti-tank role, thought its use in this role is questionable. The Japanese considered the Type 96 to be an excellent anti-aircraft cannon; however, compared to its Allied contemporaries, the Type 96 was rather lacklustre. The small magazine size of only 15 rounds meant frequent reloads which lowered its effective rate of fire to around 120 rounds per minute. The gun was also manually traversed and often couldn't be trained quickly enough to track enemy aircraft. In total, around 33,000 Type 96 guns were produced.