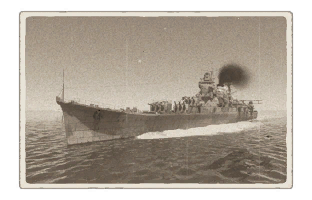 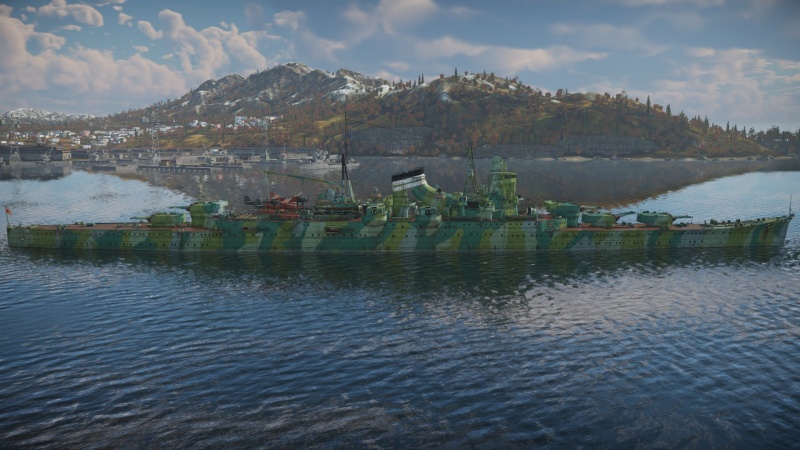 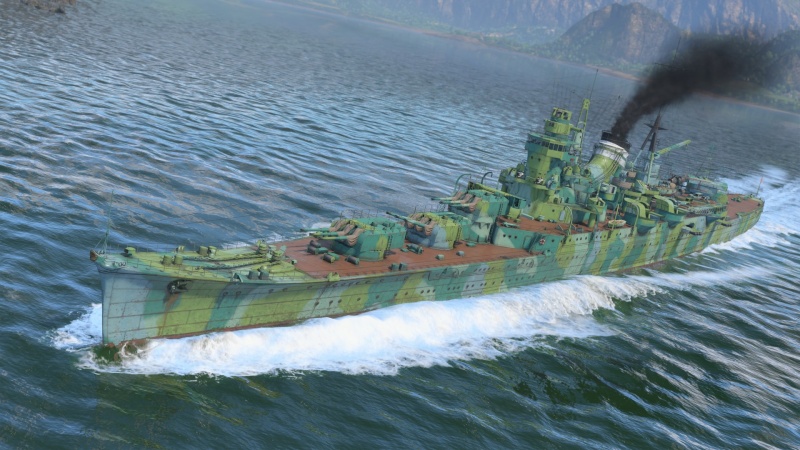 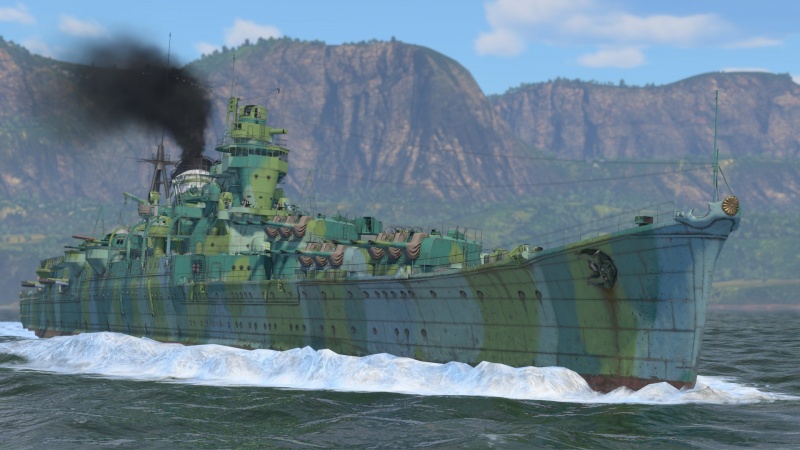 The Mogami-class, IJN Mikuma, 1939 is a premium rank IV Japanese light cruiser with a battle rating of 6.0 (AB/RB/SB). It was introduced in Update 1.97 "Viking Fury" purchasable in-game with Golden Eagles

. The IJN Mikuma was included in a premium pack in March 2021, but it was removed from the store after the 9th Anniversary Sale.

Located amidships are two catapults carrying one E7K2 scout plane each (the E7K2 stored on the trolley is not available) which provides unique offensive and defensive abilities, expanding tactical options. Ship-launched scout planes fly just like regular tree units but lack munition choices and cockpit views. The E7K2 is equipped with only defensive machine gun turrets (ventral as well as dorsal) and carries 4 x 60 kg bombs. It also has the scout plane ability to cap zones and lay down smoke cover (up to 3 times). Captains will be wise to remember to utilize the aircraft and consider when best to use it, for example to cap a point early or late in the match, to create a smoke screen to stymie enemy bombardment and repair, to attack enemy units directly, or perhaps something completely new! Carrying a heavier bomb load than most other scout planes, this unit has a very good chance to sink enemy boats or even a destroyer. 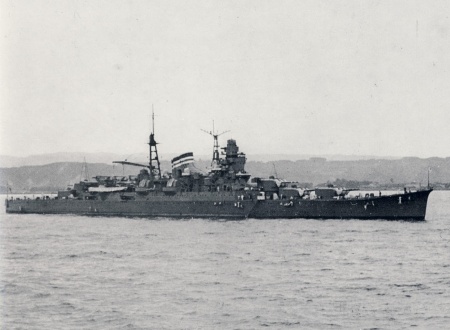 Mikuma's relatively heavy armour and large armament placed extensive strain on the 10000 ton limit that she was built to comply with. In fact, a British Admiral once quipped that "[The Japanese] are either lying to us or building [the Mogamis] out of cardboard." Indeed, the low displacement gave the Mikuma relatively weak stability, which was improved later on through the addition of large bulges on the sides of the hull. Mikuma was initially launched in 1935, but didn't see active service before the Second World War to enable Japanese engineers to install her bulges and replace her original 6-inch main armament with an improved 6-inch main battery. 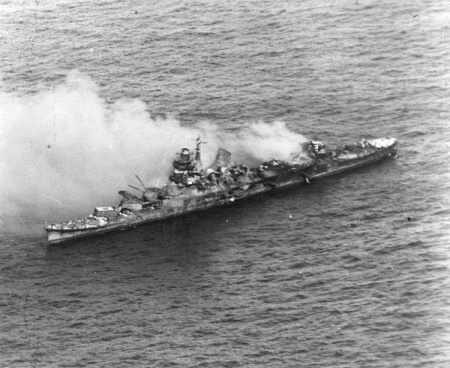