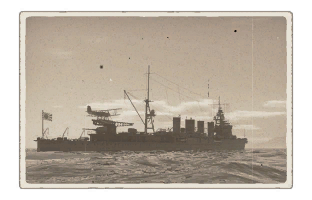 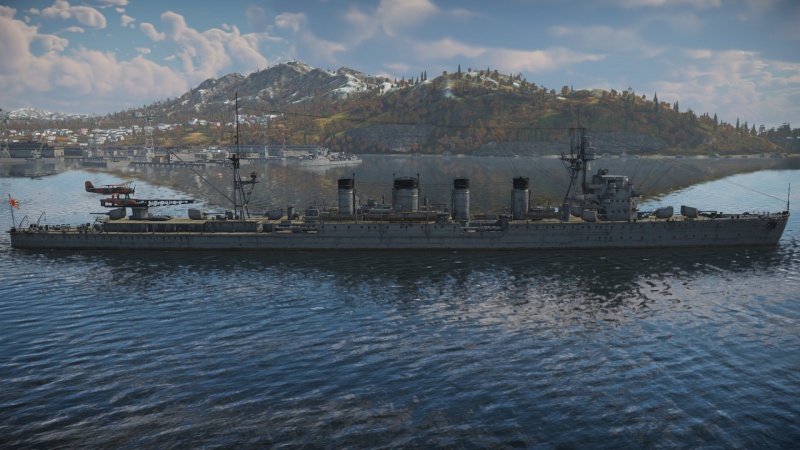 The Sendai-class, IJN Sendai, 1942 (川内, namesake: Sendai River) is a rank IV Japanese light cruiser with a battle rating of 5.0 (AB/RB/SB). It was introduced in Update 1.95 "Northern Wind".

Located aft is a catapult with one E7K2 scout plane which provides unique offensive and defensive abilities, expanding tactical options. Ship-launched scout planes fly just like regular tree units but lack munition choices and cockpit views. The E7K2 is equipped with only defensive machine gun turrets (ventral as well as dorsal) but it does carry 4 x 60 kg bombs. It also has the scout plane ability to cap zones and lay down smoke cover (up to 3 times). Captains will be wise to remember to utilise the aircraft and consider when best to use it, for example to cap a point early or late in the match, to create a smoke screen to stymie enemy bombardment and repair, to attack enemy units directly, or perhaps something completely new! Carrying a heavier bomb load than most other scout planes, this unit has a very good chance to sink enemy boats or even a destroyer. 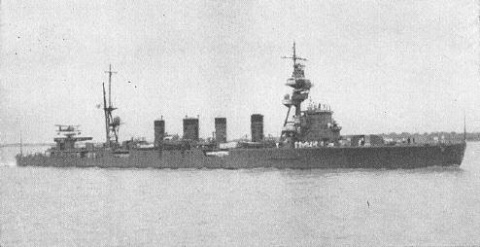 The Sendai-class cruisers were a class of three light cruisers, built as a follow-up to the previous Nagara class. As destroyer flotilla flagships, they were essentially enlarged destroyers, and displaced just 5,500 tons full. Sendai was armed with seven 140 mm (5.5 inch) guns, mounted in single mounts. The turrets were mounted in an unusual arrangement, with two guns fore, two guns on either side of the bridge, and three guns aft. Sendai's secondary and anti-aircraft suite was extremely sparse, with several 25 mm and 13.2 mm guns. Sendai, similar to the previous Nagara class, carried sixteen 610 mm "Long Lance" torpedoes, with four dual launchers and eight reloads. Her top speed was 35.6 knots, extremely fast for a cruiser - this allowed Sendai to maintain speed with the destroyers that she would command. She was also able to carry a reconnaissance seaplane, being fitted with a catapult and seaplane recovery facilities.

During WWII, Sendai's early war service mostly consisted of escorting convoys around Malaya and Indochina while the ship also formally took part in the Battle of Midway, though not actively engaging Allied forces.