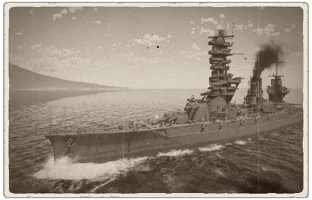 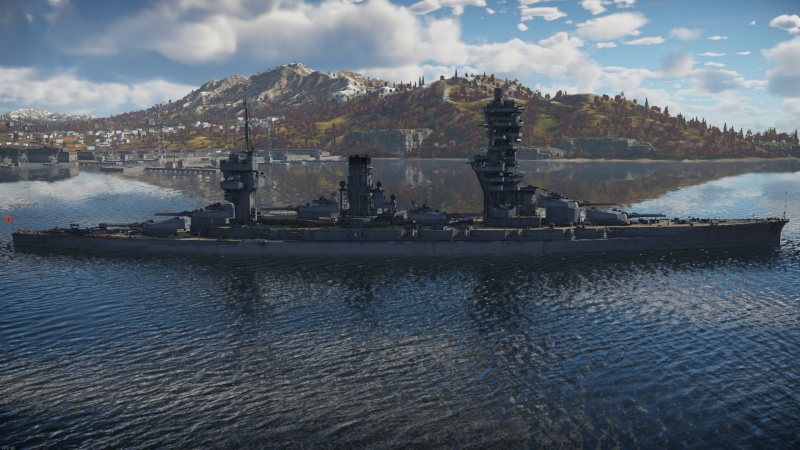 The Fuso-class, IJN Fuso, 1944 (扶桑, namesake: classical name for Japan) is a rank V Japanese battleship with a battle rating of 7.0 (AB/RB/SB). It was introduced in Update "Fire and Ice".

Commissioned in 1915, Fusō played no role during WWI. She was modernized in 1930–1935 and again in 1937–1941, with improvements to her armor and propulsion machinery and her iconic rebuilt superstructure in the pagoda mast style. She appears in War Thunder in her 1944 modernization, offering plenty of onboard anti-air which will shred any plane at medium-close range due to the sheer amount of guns (8 x 127 mm; 89 x 25 mm; 10 x 13.2 mm).