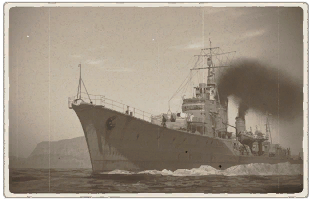 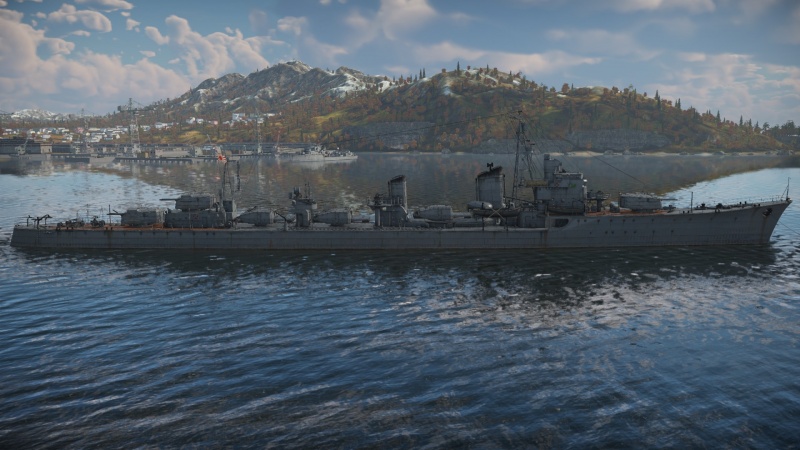 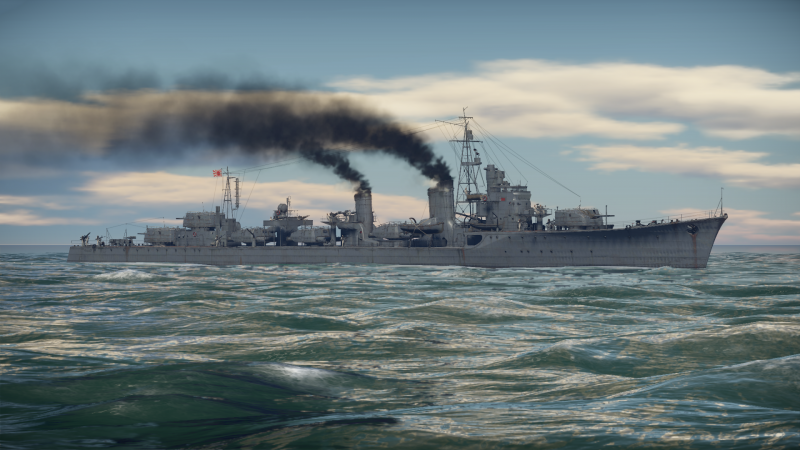 The Shimakaze-class, IJN Shimakaze, 1944 is a squadron rank III Japanese destroyer with a battle rating of 4.7 (AB/RB/SB). It was introduced during Update "Raining Fire".

Shimakaze is an extended Yugumo-class hull which comparatively gives her more crew and extra space & displacement for an additional torpedo launcher and other weight, but also a higher crew count (+40 men). Additionally, her survivability is further is aided by having ammunition stored deep underneath the waterline, which ensures survival if faced with AP shells, and having torpedo turrets protected against fragmentation damage. However, they are still one of the easiest components to damage on the ship.

That said though, comparing to the equivalents in its BR, the ship has a relatively low crew count, sailing just a 2/3 of the Leningrad's men, in short-range fights, Shimakaze has to rely on her overwhelming firepower to take down the enemy before suffering overwhelming causalities herself. This can either be the use of her main armament, her plentiful arsenal of torpedoes and/or 25 mm's. 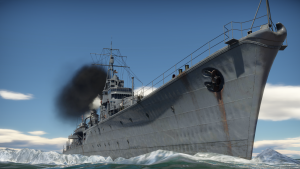 Shimakaze is by far the fastest Japanese ship ever made. She could reach a top speed of 40.9 kn due to her new experimental high temperature and pressure Kampon boilers that developed 79,240 shaft horsepower, powering a new type of turbine, which generated 50 per cent more power than typical turbines used in previous destroyers.