The 20 mm M61A1 is an American rotary cannon used in their jet aircraft. Renowned for its high rate of fire, the M61 became the standard gun armament for American jet aircraft for many years since its adoption. The M61A1 is an improvement over the original M61 with a new linkless feeding mechanism that reduced malfunctions due to the extreme rate of fire. It would be designated as the JM61A1 in Japanese service, and a version powered by its own exhaust gases rather than an aircraft-mounted hydraulic motor, typically used as an external gun pod, was designated the GAU-4.

The 20 mm M61A1 can bring an unprecedented amount of firepower to any jets equipped with it. At almost 6,000 rounds per minute, the weapon can very easily tear apart both air and ground target. The high rate of fire also ensures that in the event one round hits the target, multiple will also be landed in the same area. 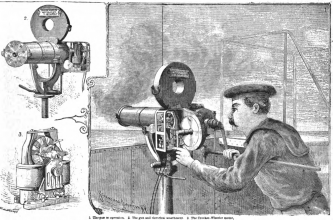 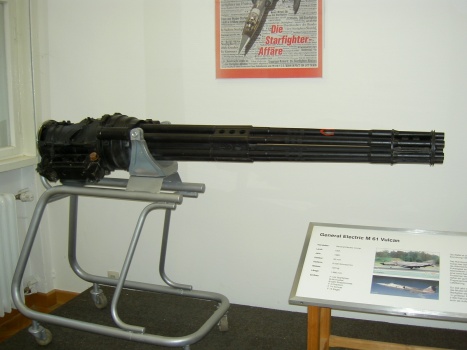 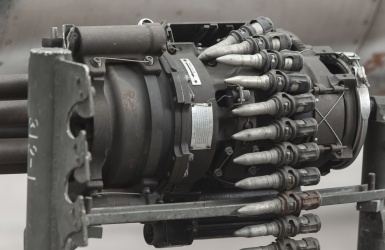 Japan, constitutionally forbidden from having a military after World War II, did not have much of a domestic aircraft industry to call upon when regional politics in Asia persuaded the United States to allow Japan a local defense force guard their home islands. Thus the nascent Japanese Air Self-Defense Force relied primarily on the United States as a source of aircraft in its early years with the first aircraft being imported and knock-down kits of the North American F-86F-30. However, it was not long before Mitsubishi Heavy Industries began licensed production of the F-86 series, but the relationship between the United States and Japan remained strong and Japan continued licensing American aircraft designs including the cannons.

In 1967, Japan adopted the F-104J, a licensed production of the American F-104 Starfighter and included license production of the M61 Vulcan the Starfighter was equipped with. The JM61 was thus entered production in Japan and the JM61A1 began production with the F-4EJ Phantom II in 1971. As Japan continued to both license American designs such as the the F-15 Eagle (as the F-15J) or the F-16 Fighting Falcon (As the Mitsubishi F-2) and produce their own designs like T-2 and F-1 they would continue to the JM61A1 as their cannon of choice into the twenty-first century.