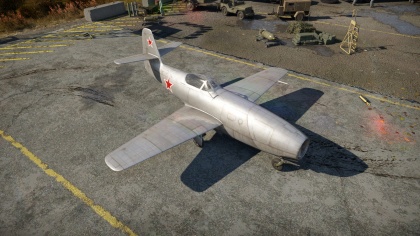 The G91 is by far the greatest threat to the Yak-23, as it is a small target, faster, and has high-velocity quick-firing Browning M3 machine guns that will make quick work of the Yak-23. That, combined with its excellent roll rate makes it exceedingly difficult to hit with the low-velocity 23 mm mounted on the Yak-23.