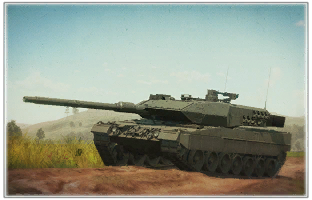 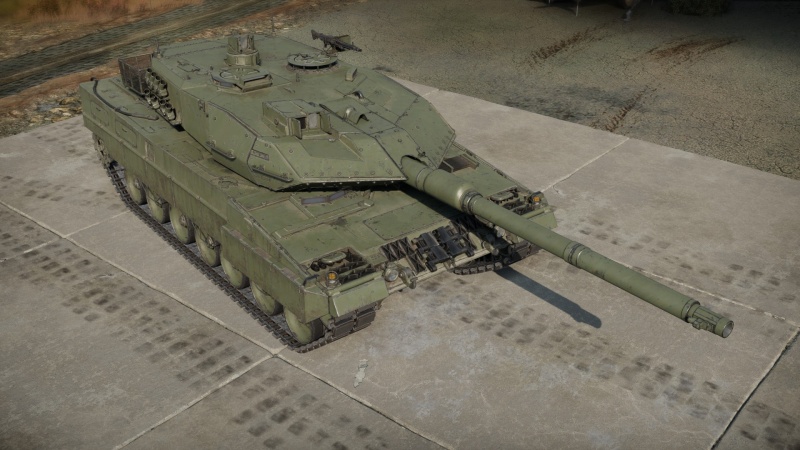 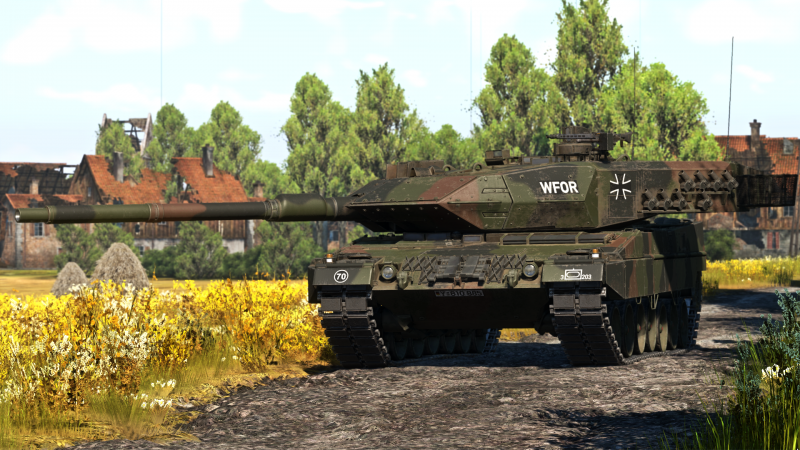 The Leopard 2A6 is a rank VII German medium tank with a battle rating of 11.0 (AB/RB/SB). It was introduced in Update "New Power".

The Leopard 2A6 retains the same excellent armour than its predecessor, the hull remains well protected and the turret cheeks are just as impenetrable. Add-on hull armour boosts the ability to protect against HEAT-FS and early APFSDS rounds. The wedges on the front of the turret are able to be blown off if a round with enough energy hits it. This isn't an issue since the armour underneath has ~710 mm of KE protection. The gunner's optic is also moved into the roof to eliminate the weak spot which was easily penetrated by any tank.

Be aware of High Explosive rounds and ATGMs though. If these land on your commander's cupola, the fragments can knock out 3/4 crew members inside the turret. A hit to the lower part of the V shaped turret cheeks with an ATGM will most likely send fragments into your hull, penetrate and either detonate your ammo or incapacitate several crew members. Don't get hit by an ATGM-

The frontal hull can be penetrated by all APFSDS rounds and ATGM warheads at its Battle Rating - if possible, hiding it by hulldowning properly is recommended.

The only drawback compared to the previous model would be the Leopard 2A6's mobility since, despite the half ton increase in weight, the engine remains the same, so the Leopard 2A6 retains the rather average mobility at its BR like the Leopard 2A5. Although, this difference is negligible and it is by no means a slow vehicle. The engine is, as with all Leopard 2 variants, the MTU MB 873 Ka-501 engine which produces 1,500 hp (1,100 KW) at 2,600 RPM.

The Leopard 2A6 has access to the DM53 APFSDS shells, one of the highest penetrating APFSDS shells in the game. Such shell is able to penetrate M1A2 Abrams, Challenger 2 and T-80U more easily than its predecessor. 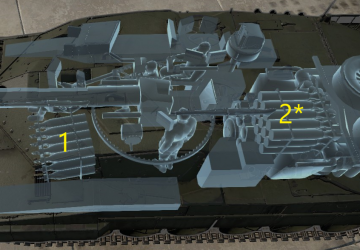