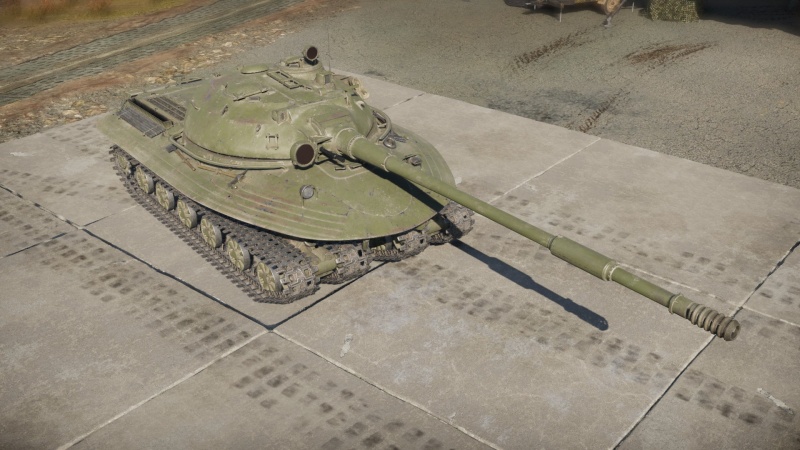 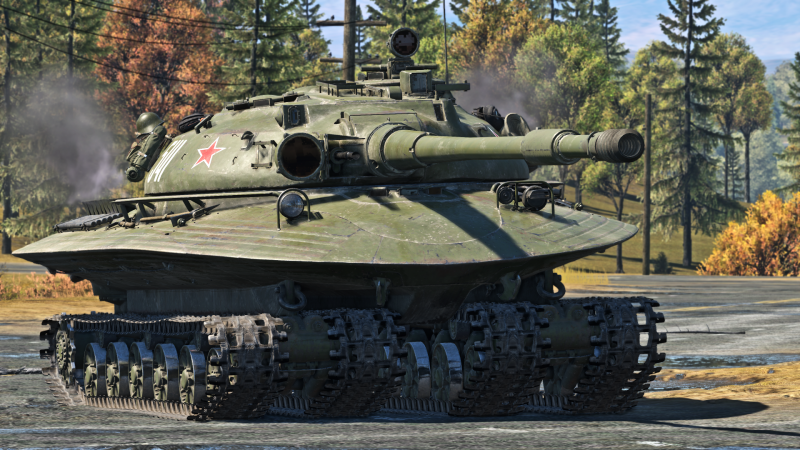 The Object 279's unique look comes with its design as being more capable of cross-country travelling in a possible nuclear warfare scenario. This produces its unique hull shape, four-track designs, and a large 130 mm cannon to deal with threats.

Upon release, Object 279 was nicknamed "Moon Rover" by the War Thunder Community.

This tank is the peak of steel armour design, having its armour only consist of homogeneous steel armour. It is also arguably the most well-armoured heavy tank in the game. Getting the exact armour thickness of this tank is quite tricky due to the cast nature of its outer shell. But that won't affect the way one may view its survivability, at the very least the armour thickness of the hull may reach up to 300 mm when faced frontally (excluding the driver's hatch, which is 30 mm flat). The middle of the hull (area below the driver's hatch) is the least angled part of the tank besides the tank's rear, and thus is usually the first spot that is shot at, whereas the sides surrounding this area (left and right parts of the hull when faced front) can reach absurd amounts of thickness, even reaching up to 1000 mm due to extreme angles. However, this will not stop any APFSDS rounds, which are abundant at its BR. Most, if not all tanks at your BR can penetrate you from the front.

The mobility is good for a vehicle of its size and weight, with a -18 km/h reverse speed, meaning it can actually back out of situations. As a heavy tank, the turning capabilities remain sub-par and the Object 279 loses a lot of speed when turning.

The main armament is a powerful 130 mm gun. It has decent ballistics and, coupled with the rangefinder, HE filler, and penetration comparable to some APFSDS shells, it is an extremely effective main armament. 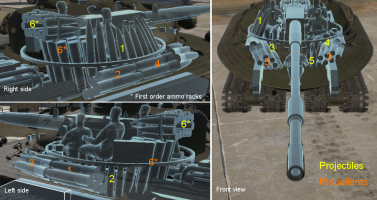 The KPVT is an very effective machine gun, on par with certain autocannons in terms of penetration, and can easily shred lightly armoured vehicles or even the sides of certain MBTs thanks it its 45 mm of penetration. The muzzle velocity of the KPVT is almost the same as the main gun, meaning it can be used as an ranging machine gun.

The Object 279 is in a position where its main gun can penetrate most things it faces, and the large HE filler guarantees a knock-out. However, the hull is weak, unless you are in a full downtier, it should definitely not be relied on. The turret, on the other hand, is incredibly strong. The Object 279 plays quite well like a tank destroyer, using your 1,000 m/s APHE shell and strong turret armour to quickly peek and take pot-shots at enemy positions. This strategy is effective in uptiers. In a full downtier you can use it like a heavy tank, rushing caps and storming enemy positions, but HEATFS is abundant even at 7.7 and will end you fast.

Main article: History of the Object 279 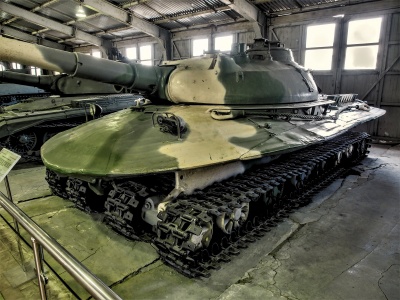 The Object 279 heavy tank was a combat vehicle intended to break through prepared defenses of the enemy in difficult terrain such as swamps, deep snow and vertical obstacles like boulders, hedgehogs, etc. Such cross-country capability was achieved through four tracks. It was developed between 1954 and 1960 jointly by OKBT LKZ and VNII-100 in Leningrad under the leadership of L. S. Troyanov. The presentation of the prototype for factory tests, as well as the hull and turret for firing tests, was planned for the last quarter of 1957 and the production of two machines by the second quarter of 1958.[1]

By March 1956, the preliminary design was prepared and the technical project by December of the same year, having a 1:1 size wooden mockup by the 30th of December. In the summer of 1957, two sets of hulls and turrets were manufactured, and their armour was tested by shelling at the NIIBT polygon. The technical project was finalized by November-December of 1957, having further increased armour protection. The deadlines for the new experimental vehicles were adjusted due to the large backlog of components needed, ending up in the last quarter of 1959 for the factory tests sample and second quarter of 1960 for the last two samples. The factory prototype passed the factory tests and drove for 502 km (with the engine running for 86 hours). The second prototype was successfully completed but the third prototype did not finish assembly. [1]

At the direction of GBTU alongside the government, the project was terminated in January 1961 with the first and third prototype being sent to the NIIBT landfill, and the second prototype left in storage at VNII-100.[1]