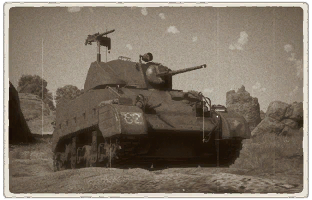 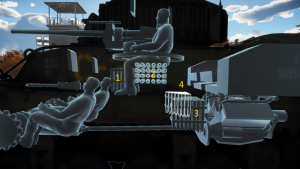 The British were the first to use the M3 Stuart in Africa in 1941, using it in Operation Crusader. However, the result ended with heavy losses, due to the better training the German Afrika Korps had compared to the British tank doctrine. The encounter also pointed out many flaws in the Stuart, mainly the cramped interior and limited operational range, but was praised for its high mobility and reliability when compared to the British contemporary designs. In 1942, the Stuarts were generally kept as recon units rather than combat units, and some were even modified to improve speed and range by removing the turret, and others were converted to armoured personnel carriers and command vehicles. Though the British used it extensively, it was still in small proportion compared to American usage. The Soviet Union was also another user of the Stuart tanks but found it unfavourable due to their own logistics, plus it was not made to withstand the Russian Rasputitsa or even the winter. The Soviet eventually turned down any more offers for the Stuart by 1943. The Canadians also used it in their armoured force, such as in the 5th Canadian Armoured Division that served at Italy in 1943 and Belgium in 1945 against the Axis Forces. The Stuarts also supported the British and Chinese forces in Asia against the Japanese Army, and also France and Yugoslavia in Europe against the German Wehrmacht.