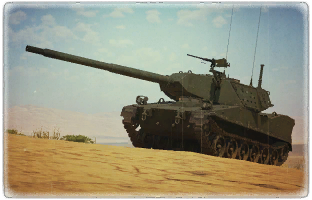 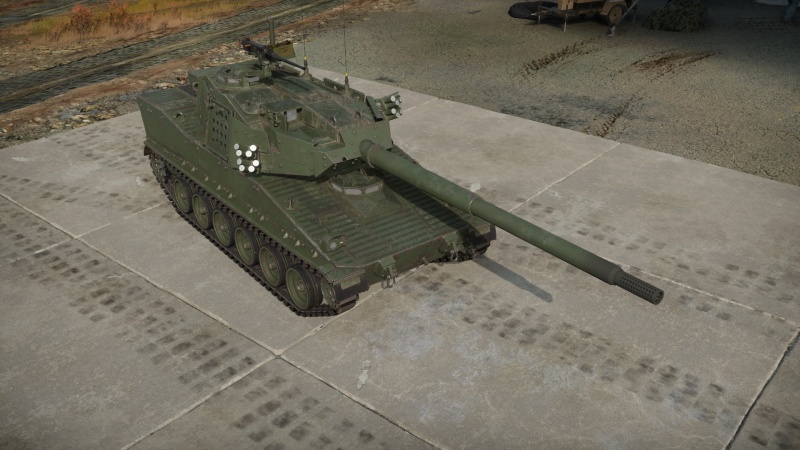 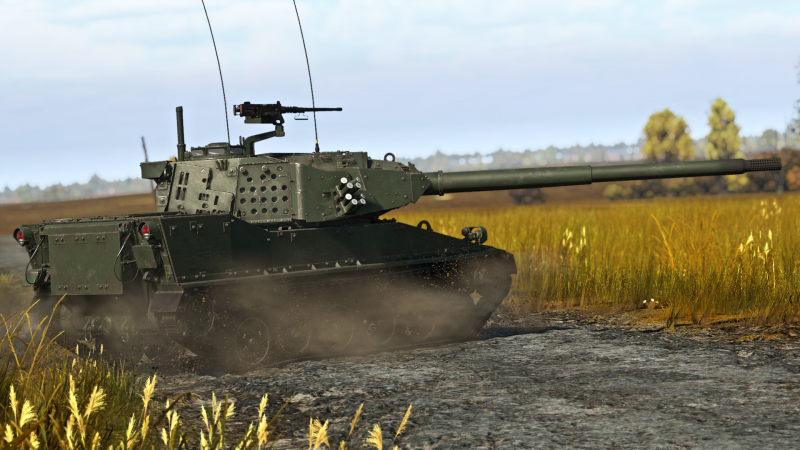 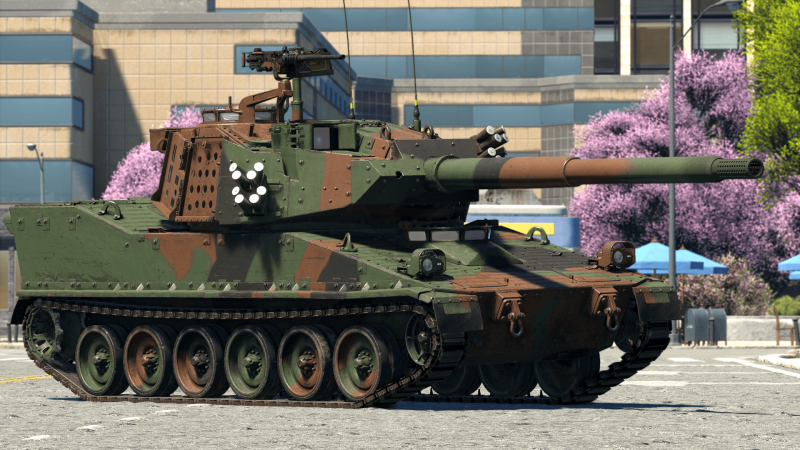 The 105 mm Armored Gun System XM8 is a gift rank VI American light tank with a battle rating of 9.0 (AB) and 9.3 (RB/SB). It was introduced during Update "Ixwa Strike" as a reward for the Future Technology event.

Most tier 2 modifications are minor but three are required to move on to tier 3. The highest priority should be FPE to allow the putting out of fires, a potentially life saving ability. After that the modifications in this tier aren't essential and can be picked by the commander; adjustment of fire and airstrike are the likeliest candidates but airstrike can be replaced by another if the player does not have any aircraft in the lineup to benefit from it. Once three modifications are unlocked in this tier the player can move on to tier 3.

The first priority in tier 3 ought to be the NVD because it allows the use of the gunner's thermal sight. The thermal sight may be low quality but it makes spotting enemies much easier in battle. After this one more modification is needed to progress to tier 4, but the choice is up to the vehicle commander. Filters and crew replenishment are both good choices (improving mobility and survivability respectively) but elevation mechanism is also a decent choice.

In tier 4 there are some pressing modifications such as engine (which improves mobility) and laser rangefinder which allows for greater accuracy at long range. C76A1 and the level 3 armour package are also good choices but those depend on commander preference - for some players level 3 may never be used due to its lessening of the vehicle's mobility, while C76A1 does not have a huge advantage over M735 and could be put off for later if necessary.

Now that tier 4 has been unlocked and priority modifications are purchased, all that is left to do is go back through and unlock more minor modifications. Some of the more useful ones include tracks, transmission, horizontal drive, adjustment of fire, and either filters, crew replenishment, or elevation mechanism (whichever of the three wasn't previously unlocked). The less important modifications which should be saved for last are improved optics, suspension, brake system, M416, and M393A2. 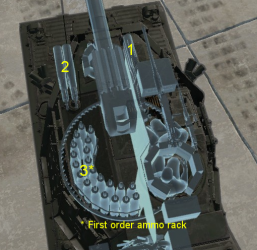 Ammo racks of the XM8

Play the XM8 like you play the M18, sneak around, lurk, and strike when they least expect it. One thing to note is, due to your armour, survivability, and mobility, you need to get out of there fast. Another tactic is sniping but it is not recommended due to its sub-par ammunition.