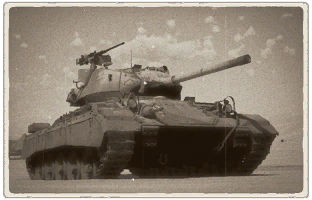 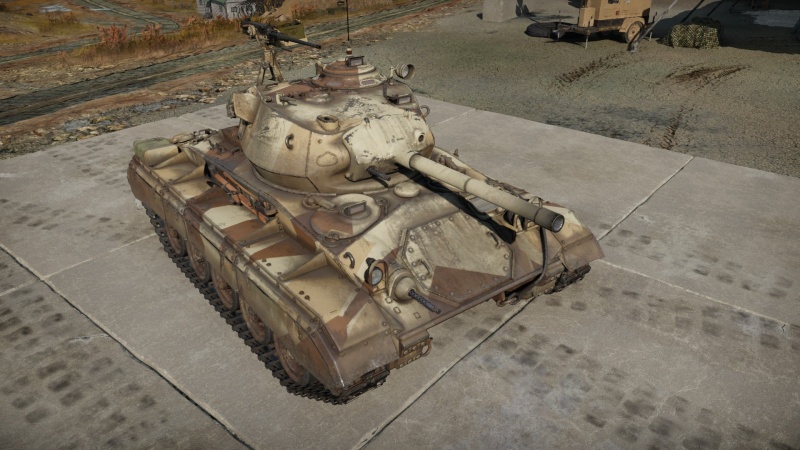 The Light Tank M24 Chaffee is a gift rank II American light tank with a battle rating of 3.3 (AB) and 3.7 (RB/SB). It was a special vehicle offered during the 2015 Thunder League as a reward for completing 5 Tank challenges. The M24 TL Chaffee comes with all the Thunder League camos from each team participating in Thunder League. Aside from these differences and the access to APCR ammunition, it is essentially a "special" version of the M24 Chaffee.

An extension of this "peek-a-boo" tactic is to also use the tank's mobility for "scoot-and-shoot" tactics by firing and then moving to another firing location so as to prevent enemy tanks and tank destroyers from accurately guessing range. This can be difficult, however, as you must be very versed in your own tank's ballistics to make shots as you will have to estimate range on the fly. Don't think this means firing on the move - if you are going faster than 16 km/h (10 mph), the stabilizer will not allow for accurate shots, and it is only a vertical stabilizer

Another way to go around is to flank the enemy. If attacking with a more direct approach, keep hidden behind a building or boulder and pop out every now and then to take a shot at the enemy. Also, prioritise targets who are busy fighting others and cannot retaliate. Usually, after the first shot, it may disable their tank depending on what it is. Disabling the enemy tank's crew, tracks, engine, etc. allows for retaliation without the risk of any incoming enemy shells. Try to aim for the enemy tank's gunner, as almost any tank can destroy the M24 at its rank.

The Chaffee had turned out to be one of the greatest light tanks the Allies developed during World War II. Though arriving too late to be a main turning factor for the war, the design has turned out to be so reliable that some countries like Uruguay still operate modernised versions. Austria has since retired its M24 fleet, but their turrets still serve on as bunkers.