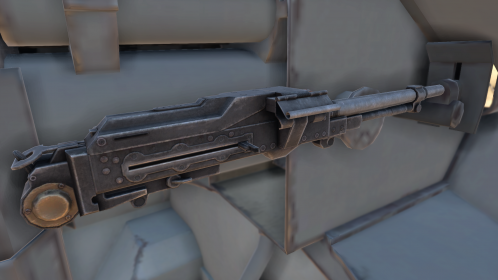 The 7.62 mm Type 86 is a Chinese coaxial machine gun found in many modern day People's Liberation Army vehicles. In-game, it performs similarly to the PKT in rate of fire, ballistics, and general performance.

The Type 86 is modified version of the 7.62 mm Type 80 machine gun for use in armoured vehicles. The original Type 80 machine gun design found its origins with the PKM design captured from Vietnamese troops during the Sino-Vietnamese War. Following this, it was studied, copied, and nearly replaced the Type 67 GPMG, before it was decided to keep the Type 67 in use. All the same, it entered production, and service, in 1983, and is used on many modern People's Liberation Army tanks and armoured vehicles.