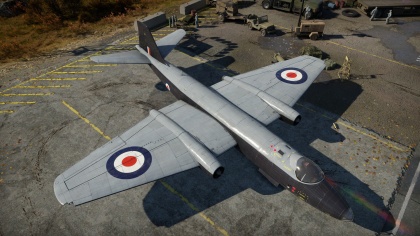 The Canberra was popular with its aircrew due to its performance, popular with ground crews due to its relatively simple maintenance schedule and also popular with Command due to its relatively low cost. Over 400 Canberra B Mk.2’s were built until uprated engines led to the development of its successor, the B Mk.6, which entered service in the summer of 1954. As squadrons received the newer model, the now older B Mk.2 saw service with the RAF in Germany, Cyprus and the Far East, although the variant did serve successfully in the Suez Crisis of 1956. A small number of export variants of the B Mk.2 also saw service with the United States as a template for building under license as the Martin B-57, Australia and Venezuela.