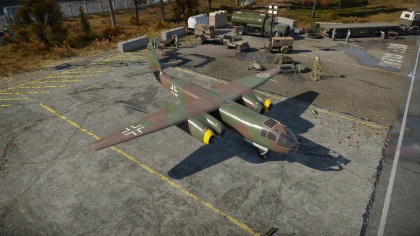 Climb rate is great even when stock. Combining the +3500m first spawn altitude and nice climb rate, the Arado Ar 234 C-3 is a great choice for bomber players. The dive speed is incredible and together with perfect energy retention, you can reach very high speeds in some seconds. Unfortunately, there is no WEP, but it's not that important.