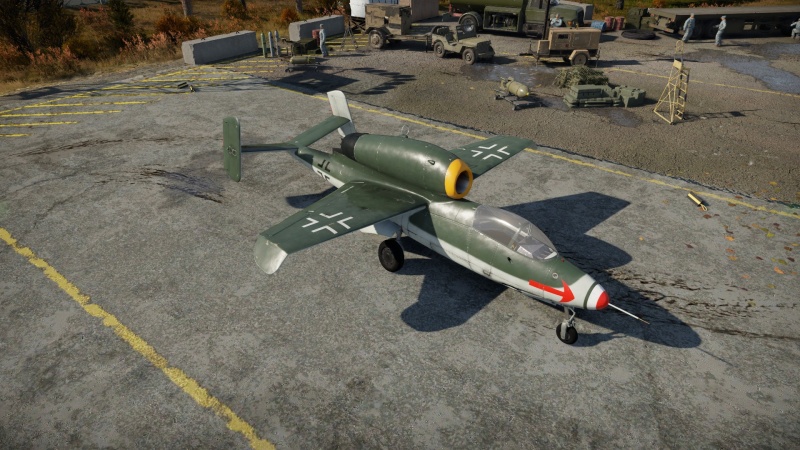 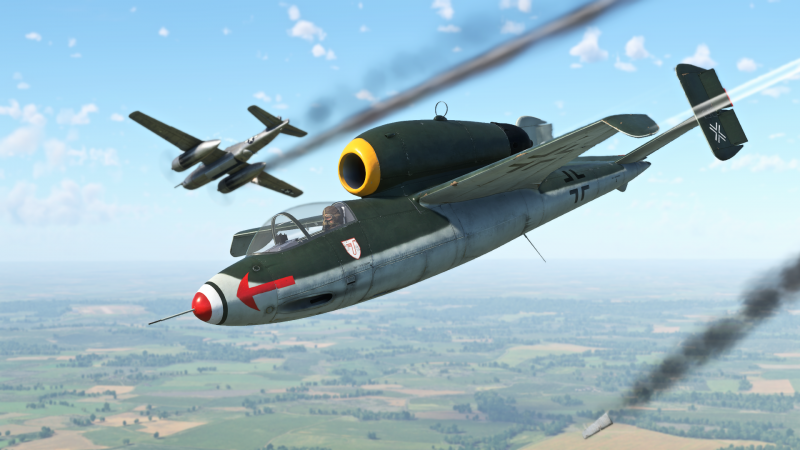 The twin MG 151s are one of the weaker cannons equipped by the early Rank 5 jets. However, when compared to the 30 mm Mk. 108s found on other German jets, its cannons have acceptable muzzle velocity, though this will remain a problem. The ammo count is less than enough considering the speeds at which jet combat takes place.

It bleeds energy fast in dogfights against early jets, and when matched with propeller planes, dogfights become suicide. Head-ons may seem like a good idea due to the plane's small size and powerful 20 mm cannons, but keep in mind that most of the time you will be fighting American or British aircraft, which will often one-shot or severely damage you with their multiple sets of .50 cals or Hispanos.

Initially, this Heinkel fighter was designated He 500, but by October, in order to fool enemy intelligence services, the RLM redesignated the plane He 162; the number being previously assigned to a Messerschmitt fast bomber prototype that competed with the Ju 88. At the same time, the fighter was named the Salamander, which initially was the codename for the very same fast bomber design. The official name at the start of introduction was Volksjäger to emphasize the usage as "every man's fighter" similar to Volkswagen aka VW.

Albeit named the Volksjäger, the jet was a dangerous vehicle for beginners. Short flight time and a high stall speed compared to the gliders most recruits trained on caused a high after-combat crash rate, especially on landing approaches. Pilots often failed to attain the recommended landing speed of 250 km/h (100 more than the Bf 109) due either inexperience or lack of fuel. The high landing speed was the cause of even more deadly problems.