From War Thunder Wiki
Jump to: navigation, search
He 162 A-1 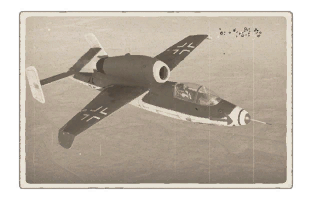 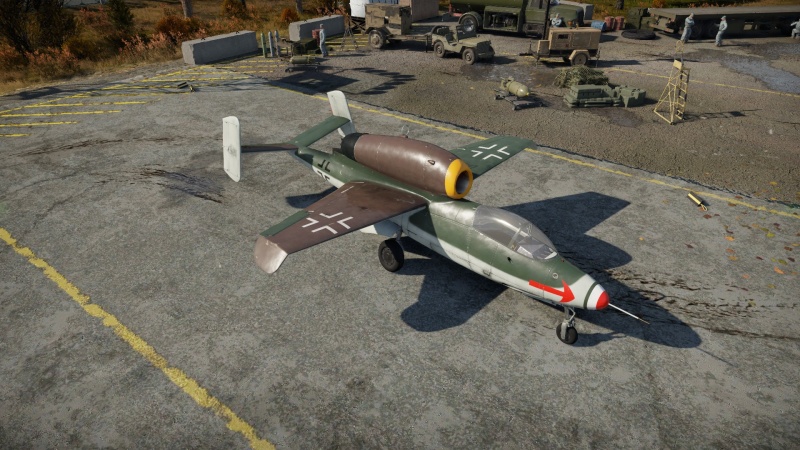 The He 162 A-1 is a gift rank V German jet fighter with a battle rating of 6.3 (AB), 6.0 (RB), and 6.7 (SB). It was introduced in Update 1.59 "Flaming Arrows" but was made available in Update 1.73 "Vive la France" as a reward during War Thunder's 5th Anniversary tournaments and later for War Thunder's 6th Birthday tournaments.

Focus on upgrading the plane's performance. The better the performance, the better plane will perform. The gun/belts upgrade should be saved for last as the default belts are adequate for air to air combat.

Manoeuvring with the He 162 A-1 is complicated as a jet fighter and as such a Boom-and-Zoom strategy like for bombers should be taken up as the main method of attack for the He 162. Attack unsuspecting fighters or those flying predictably when diving. Once in sights, the 30 mm should be fired in quick bursts, less than a second, as the low ammunition capacity leaves little to be wasted.

When conducting manoeuvres with the He 162 A-1, one manoeuvre to take caution with is the Immelmann turn. The He 162 bleeds speed quickly when climbing at a steep angle and the boosting upwards for the movement would remove most of the energy in the He 162, and if not sufficiently fast enough can even leave the He 162 stalling in mid-air, open to any enemy fighters to take advantage and snipe it down. It is recommended to not perform this manoeuvre unless going more than 400 km/h.

Another opportunity to attack the He 162 A-1 is when it is out of ammunition. The 30 mm Mk 108 load is rather small, only 50 rounds per gun. A He 162 A-1 in prolonged combat will most likely be running low or out of ammunition, the latter can be found if they are attempting to break off any engagement and trying to zoom away from the battlefield. Though they could still perform evasive manoeuvre, the lack of ammunition will prevent them from taking any offensive action against an incoming plane ready to riddle them with shell holes.