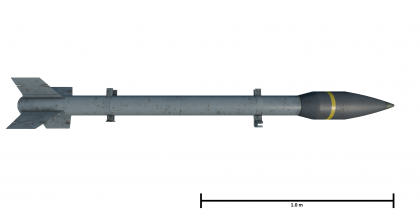 The 14,5 cm psrak m/49 is not known to have ever seen combat. Its direct brother however, the 15 cm srak m/51, was used in combat during the Congo crisis in the early 1960s where it was used to great effect by UN-assigned J29Bs when performing attack-missions.

In game it can be found on the majority of Swedish attackers and bombers above rank 3. While not the easiest to aim, it does great damage when hitting armoured vehicles.

The 14,5 cm psrak m/49 shines in ground battles thanks to its 500 mm penetration, allowing it to be used even against heavy tanks when well-aimed. In air battles, the rocket can be used against tanks and pillboxes.