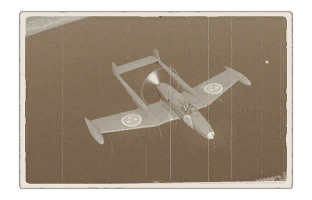 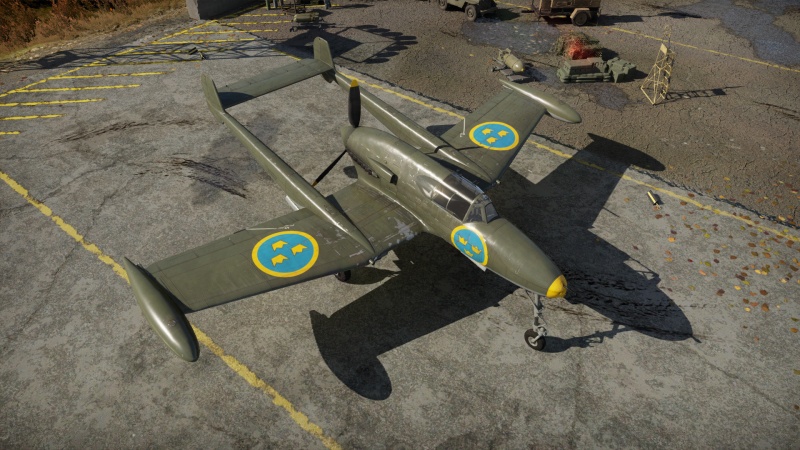 Boasting extremely good turning characteristics, a stable platform, decent speed and accurate, powerful guns, the A21A-3 is an extremely effective aircraft for both dogfighting and ground attack duties. The Swedish 13.2 mm Akan m/39A guns are devastating to lighter aircraft thanks to their anti-air belts with plentiful HE, and the nose mounted 20 mm cannon makes short work of larger targets as long as you are accurate. In air-to-air battles, the aircraft is best suited to catch opponents low on energy. Only a few aircraft at its BR are able to turn as well as the A21A-3 at low altitude, and the aircraft remains stable even in low speed turns to keep guns on target. It is wise to keep fights short though, as the A21A-3 is a terrible climber, and is an easy target for boom and zoom fighters if engaged in a fight.

On the other hand, the A21A-3 makes for an extremely effective ground-and-pound aircraft, capable of destroying an enemy base with its 600 kg bomb in some air RB game modes, access to some of the best rockets weight-for-weight at its battle rating, and a significant amount of ammunition for its guns to attack ground units. The aircraft's low speed stability makes short dipping attack runs on ground units easy, and the good firepower means you don't have to stay on target for too long.

In ground RB, the aircraft can perform well at almost any BR, as its 600 kg bomb can be used effectively to clear points and entrenched enemy tanks of any size with a whopping 18 m destruction range, with a fighter's SP cost it can be an invaluable CAS asset to a team. 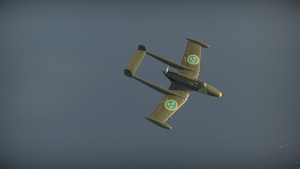 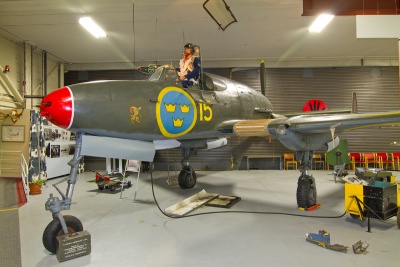 The SAAB 21 was a twin-boom propeller fighter used by the Swedish air force. A unique design, it had a pusher-configuration engine and a twin-boom tail, giving it a very unique appearance. The A21A-3 was a variant of the SAAB 21, designed for ground attack. As a result, it was equipped with a bomb sight, and was able to carry suspended ordnance and a RATO (Rocket-assisted takeoff) pod. 66 A21A-3 aircraft were built between 1947 and 1949, and served as the primary ground attacker until the introduction of more capable jet aircraft.[1]

In the early 1940s, it was apparent that Sweden badly needed a new fighter aircraft. Thus, Sweden ordered SAAB to design a new aircraft based on the German Daimler-Benz DB 601, 603 or 605 engine. At that time, the German and Swedish had a series of neutrality agreements, allowing Sweden to import the German-made aircraft engines.[1] One radical configuration considered was a twin-boom aircraft, similar to the P-38 Lightning, but with a single rear-mounted engine in pusher configuration. However, SAAB was initially asked to instead produce the J23, a more conventional aircraft design.[1]

In late 1941, the Swedish air ministry reverted on its previous decision and asked the SAAB firm to produce the J21 design. Thus, design work progressed through 1942 and 1943. The final prototype featured a twin-boom wing with a single DB-605B engine, and carried a main armament of one 20 mm cannon along with four 12.7 mm heavy machine guns. The first prototype flew in mid-1943, but was quickly revealed to have inferior performance to the Fw 190, Spitfire and P-51 Mustang. However, 484 aircraft were ordered anyway.[1]

In 1945, SAAB began designing a series of second-generation J21 aircraft designed specifically for the air-to-ground role. This resulted in the A21A-3. The aircraft had a bombsight, and was able to use RATO (Rocket-assisted takeoff) pods, bombs or rockets. The Swedish Air Force eventually ordered 66 aircraft between 1947 and 1949.[1][2]

The A21A entered service in 1947, but had an extremely short service life. The aircraft's poor performance and relative obsolescence meant that it served for an extremely short time. The 66 A21 aircraft built were quickly replaced by the more modern J29 Tunnan and British de Havilland Vampire. The last A21A aircraft were retired in 1954. However, it is worth noting that SAAB also experimented with coupling a jet engine to the J21 airframe; this resulted in the A21RB, a unique aircraft coupling the J21's fuselage with a de Havilland Ghost engine.[2] Three A21A aircraft survive, all kept in Swedish museums.[1][2]