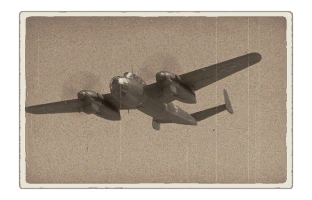 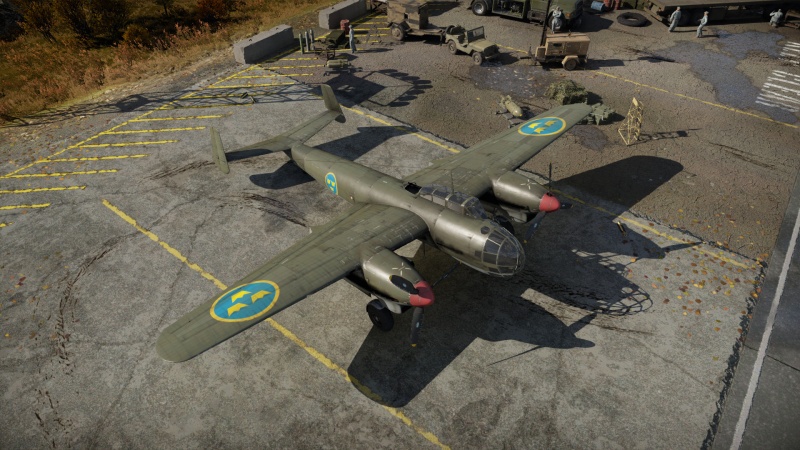 Sweden had been using the Ju 86K (export version of the German Ju 86) or the B3C bomber as their main bomber. In 1938 a requirement was put forth to Swedish aircraft manufactures for a fast reconnaissance aircraft with a crew of three. SAAB was awarded the contract for the project and began to build the SAAB 18 alongside the smaller SAAB B17 bomber. At this point the B17 had the facilities priorities in construction, however, the B18 was modified from being just a reconnaissance aircraft to also being a medium bomber. The mid-project changes caused a significant delay in the production of the aircraft which didn’t roll out for duty until mid-1944.

The B18B was a multi-role aircraft which filled a need for the Swedish air forces, which continued on until 1959. This bomber can operate in two roles, either as a medium-altitude bomber working on destroying vehicles and anti-aircraft artillery targets or to bomb enemy bases. Flying at a higher altitude will help to avoid a majority of the fighter aircraft which tend to stay at the lower altitudes. The B18B can also be pressed into service in the lower altitudes and even on the deck. When outfitted with rockets, the B18B can dive-bomb ground targets to include tanks, bunkers, anti-aircraft artillery and naval ships.

The aircraft performs extremely well, and can outrun anything. Its turn time is good, can out-turn most twin engine fighters. It has a really good rate of climb, and an excellent dive speed. The only issue with the flight performance is that it bleeds energy when you have the payload options strapped on. 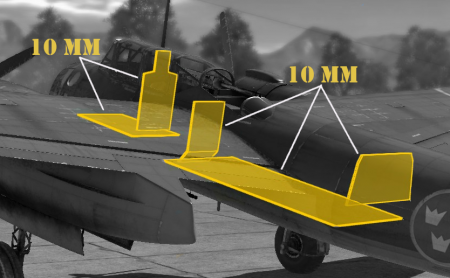 Protective components found in the B18B.

The priority modules are the guns and bombs. Get all the bombs and guns and the first set of rockets. Save the other two for last. After the weaponry, go for all the engine modules, then wings repair and survivability mods, then go fuselage repair and lastly the other rockets.

The B18B can be outfitted with the following ordnance:

The B18B is defended by:

The B18B is a really good aircraft in all game modes. Its frontal armament is really powerful, using HEF shells. It does have a low ammo count of 300 for all guns, including the turrets. The B18B is a good bomber hunter, as you'll be facing He 111's which have such poor defensive armaments. You can easily destroy axis bombers with this plane. The G4M1 and He-111 don't hold a candle to this bomber. You can use this plane in all roles, even fighter. The list is below for realistic battles.

Bomber: This plane can carry enough bomb to destroy 2 and a half bases on maps with three bases, and 1 base on new maps with its max bomb payload. Once you drop your payload, you can kill any remaining bombers or fighters still hanging around. Remember, if an aircraft is on your six, outspeed them and use your turrets to your advantage.

Ground Attacker/CAS: With 12 rockets and 2 x 600 kg bombs, this plane is a devastating ground attacker. It can pen 500 mm of armor with the M/49A and is really good at getting rockets on target. The bombs will one shot anything in a huge radius. It is a great aircraft for ground support. Watch out for SPAAs though, as they will find you a large and easy target.

Fighter/Bomber Hunter: The 13 mm is absolutely devastating. When you prepare to engage a bomber, go head-on, and try to bait them into getting behind you. Use your turrets from below where they have no coverage, and aim for the cockpit. For fighter engagements, you need to ask yourself three things. Am I faster than them? Am I higher than them? Can I dive at least 1.5 km? If one of them is yes, go for the engagement. If none are yes, run away, and use your good turret coverage and acceleration to fly away.

It is advisable to keep the radiators at 20%, and the prop pitch on 95%, since you are traveling at high speeds.

The B18B is a dive bomber variant of the Saab 18 bomber used by the Swedish air force during and after the Second World War. Initially designed to replace the older Ju 86 bombers in Swedish service, the Saab 18 series were capable of fulfilling fast reconnaissance, bomber and attack roles. The B18B was the second variant of the Saab 18 family after the B18A and served as a dive-bomber. The aircraft was later developed into the T18B, a dedicated attack aircraft, and served well into the 1950s before being retired.

The B18B was an improved version of the prior B18A dive bomber and featured numerous improvements: notably, the Pratt & Whitney R-1830 Twin Wasp radial engines were replaced with more-powerful license-built DB 605 inline engines. Additionally, later B18Bs had one less defensive weapon as the underside turret was removed; this was a relatively small change given that the weapon had extremely limited firing angles making it quite ineffective. The B18B retained the bomb load of the B18A and was capable of carrying up to 2 x 600 kg bombs internally, along with eight 50 kg bombs or twelve rockets on wing racks.

The B18B first flew in July of 1944 and soon entered service with the Swedish air force, with a total of 119 aircraft built. The aircraft was later developed into the T18B, which was originally designed to serve as a torpedo bomber but ended up as an attack aircraft, fitted with additional frontal-firing weapons including a 57 mm cannon. In the late 1940s, the three-man crew was reduced to two, and the aircraft were fitted with ejection seats. The B18B was finally phased out in the late 1950s, replaced by the Saab 32 Lansen. A single example survives today at the Swedish Air Force Museum as the only Saab 18 still intact.