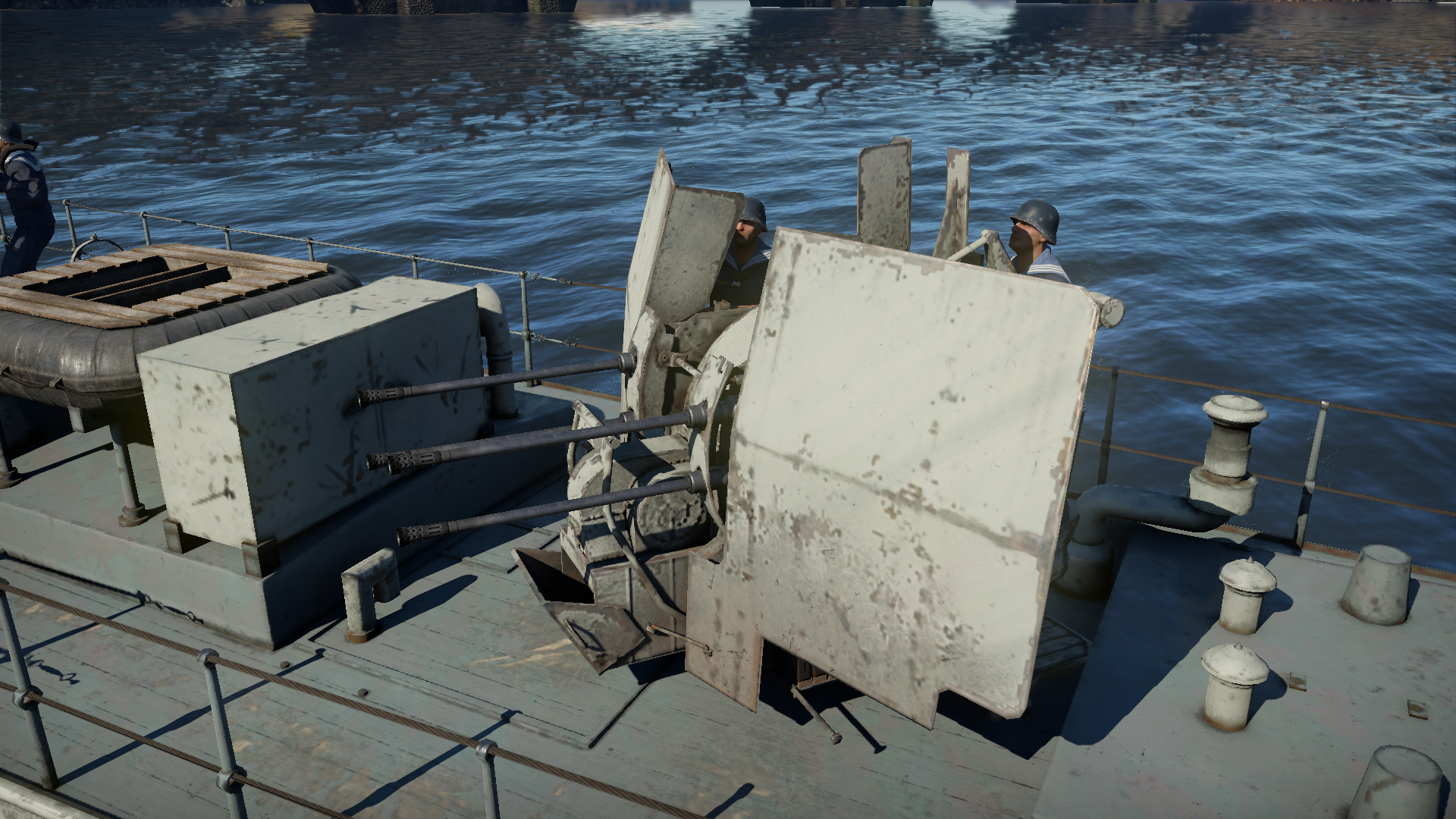 The 2 cm/65 Flakvierling 38 is a German WWII light naval twin anti-aircraft cannon mount found on some motor torpedo boats and barges, and on many destroyers and cruisers in the German naval tech tree, either with or without a gunshield. The Flakzwilling 38 is a quadruple mount of 2 cm/65 C/38 (20 mm). A twin mount variant also exists, called 2 cm/65 Flakzwilling 38 (20 mm).