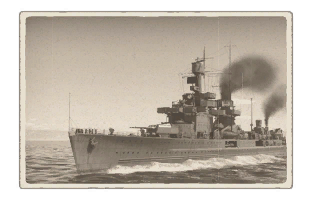 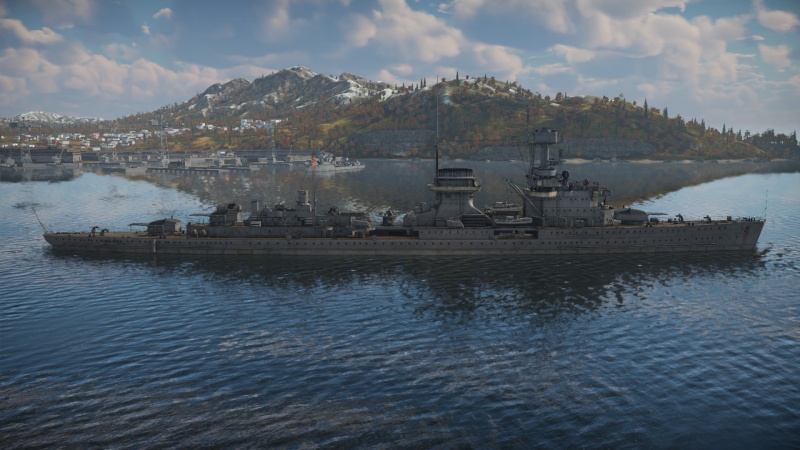 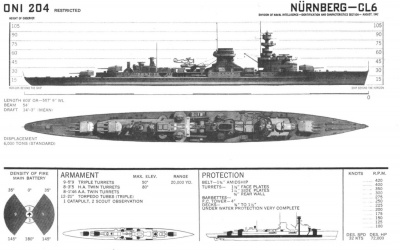 The Nürnberg, being a further development of the Könisberg-class of light cruisers, inherited many characteristics of its predecessor. The ship was 181 m long and displaced 9,040 tons standard.[1] Powered by twin steam turbines, she could reach a maximum speed of 32.5 knots (60 km/h), and had an endurance of 7,200 km. Main armament consisted of nine 15 cm SK C/25 naval guns in three triple turrets; one was located forward of the superstructure while the others were located in a superfiring arrangement in the rear.[1] The ship also initially carried four triple torpedo launchers, though two were removed in 1942. The ship was initially designed with a light anti-aircraft armament, but this was improved in later refits.[1] 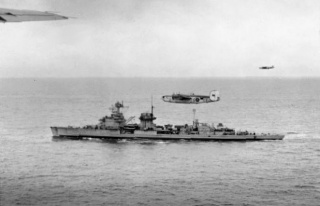