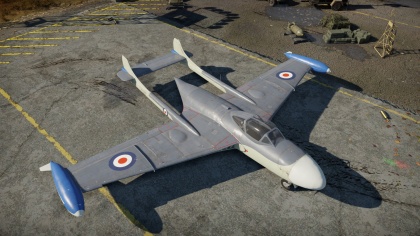 The Sea Venom FAW 20 in the garage