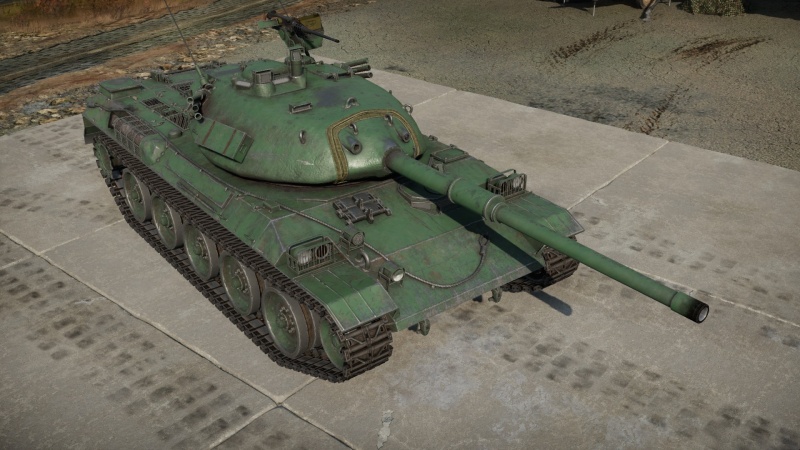 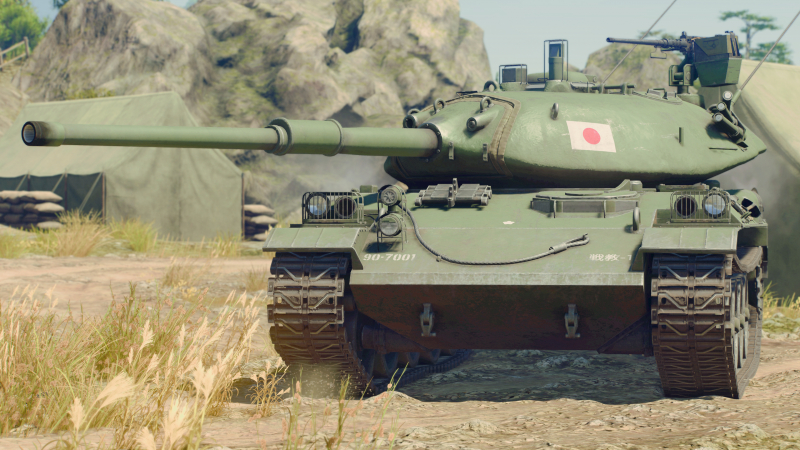 The STB-1 is a rank V Japanese medium tank with a battle rating of 7.7 (AB) and 8.0 (RB/SB). It was introduced in Update 1.65 "Way of the Samurai" along with the initial Japanese Ground Forces tree. The prototype of the Type 74, the STB-1 presents many features that would be in the final design.

The STB-1 is the second researchable tank in Japan's Ground Forces Rank V. Despite having considerable more armour than its comparable counterparts the Leopard 1 and AMX-30, as well as comparable mobility, it is not recommended as a front-line tank. Instead, a cautious hit-and-run tactic like the Leopards should always be employed. Using the tank's hydropneumatic suspension correctly can help with the tank's depression, and in some cases, aid in survivability. Do note that the L7 on this tank reloads significantly longer than other L7-equipped tanks.

The STB-1 is unique in being one of the only Japanese tanks that can take a hit, like the Type 4 Chi-To Late and Ho-Ri Production. It has thick frontal hull armour that can bounce shots effectively, but should not be relied on. The tank is quite fast and is further aided by the Hydropneumatic suspension, which allows this tank to manoeuvre the battlefield much like a Leopard, however the abundance of larger, more open maps at higher ranks means that getting from point A to B - and not getting shot - is not a simple as it sounds. 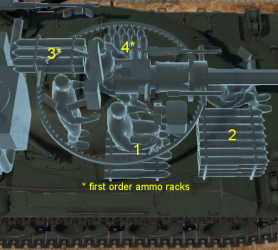 With only 2 shells to choose from being APDS & HESH, APDS can be used for long-distance engagements and HESH can deal with light to medium armoured vehicles with overpressure damage, this can be done at a long range once the laser rangefinder has been unlocked as well. But due to the low velocity of the HESH round it has to be fired at a stationary target at long range to effectively hit.