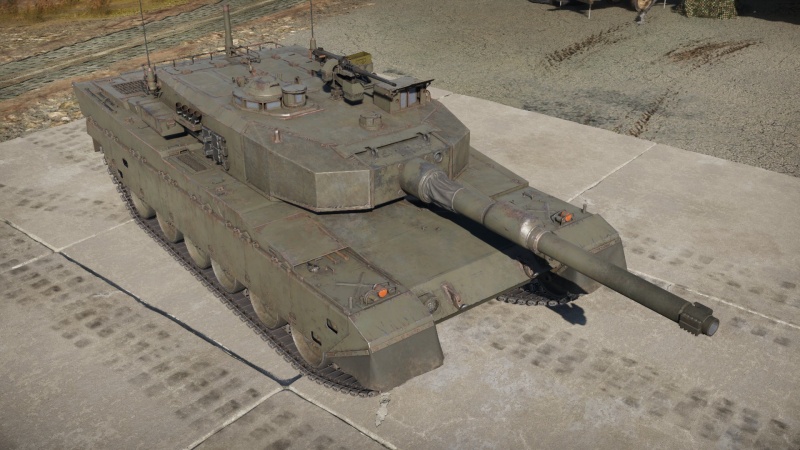 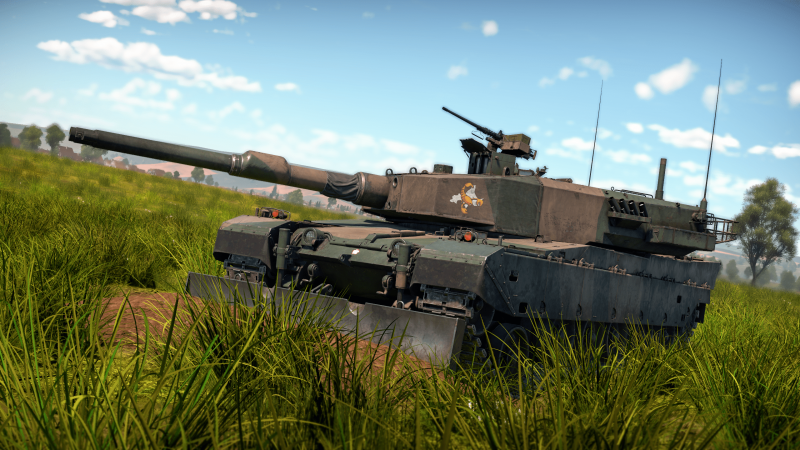 The Type 90 MBT sacrifices protection and survivability in order to attain a smaller profile and a lighter vehicle overall (vehicle weight is important in Japan in order to pass over their many bridges). As such, most 'improved' rounds available to other MBTs at the same BR (such as the Leopard 2A5's DM33, or the Leclerc's OFL 120 F1) will punch through even the Type 90's turret cheeks or upper front plate. It's important to keep in mind that even some autocannon ammunition will easily penetrate some of the weaker sections of the Type 90 from the front.

The Type 90 is powered by a 10-cylinder two-stroke diesel engine producing a maximum of 1,500 horsepower at 2400 RPM. Combined with its relatively light weight of only 51.6 tonnes, this gives it an excellent power-to-weight ratio of 29.07. As such, the Type 90 is often one of the first vehicles to reach cap points in a match, and can comfortably flank or move into advantageous positions earlier than many of its contemporaries. This power is transferred to the drive sprockets via an automatic transmission with 7 forward and 2 backward gears, unfortunately limiting the otherwise extremely mobile vehicle to 72 km/h (RB/SB) forwards and -33 km/h (RB/SB) backwards - speeds which it will reach with ease on-road.

The Type 90 also mounts hydropneumatic suspension, allowing it to actively change the vehicle's ride height and angle. This can be used to improve traction on angled surfaces.

120 mm Type 90 L/44 cannon
Two-plane stabilizer
Reduces the swing of the gun in two planes while moving
Autoloader
Automatically feeds projectiles into the breech. The speed does not depend on the skills of the loader
Ammunition42 rounds
First-order18 rounds
Reload4.0 s
Vertical guidance-7° / 10°
Main article: Type 90 L/44 (120 mm)

The Type 90 L/44 120 mm cannon is a license-produced clone of the Rheinmetall L/44 cannon found on the Leopard 2 series and the M1A1/M1A2. As such, it shares their excellent accuracy and firepower characteristics, with a key advantage: the Type 90 is autoloaded. This results in a flat 4 second reload, better than the peak manually loaded speeds available to the other L/44-mounting vehicles (6 seconds). Additionally, reloads are not hindered by fire or the loss of crew members. The Type 90 has two rounds available to it; the powerful JM33 APFSDS round (based off the NATO DM33 round) and the JM12A1 HEAT-FS round (based off DM12A1). These rounds are more than capable of penetrating any opponent the Type 90 may face, although when facing some later vehicles such as the M1A2 or Leopard 2A5, weak points must be targeted.

Ammo racks of the Type 90

The Type 90 receives night vision imagers once the tier 3 modification 'NVD' is researched. This unlocks standard 500 x 300 resolution thermal sights for the gunner, as well as standard image intensifiers for all crew (available in third person view in AB/RB additionally). 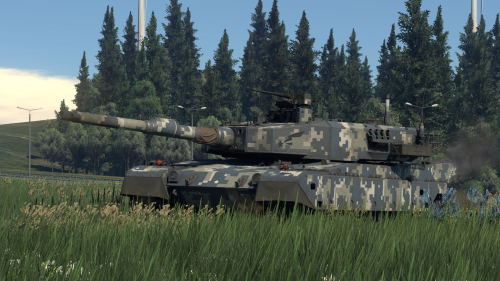