The OF-40 is an Italian main battle tank. A joint venture between Italian companies OTO Melara and FIAT which was further developed out of a failed license production deal of the Leopard 1. It found success on the export market and served in the Emirati Armed Forces.

Describe the history of the creation and combat usage of the vehicle family in more detail than in the introduction. Be sure to reference text and sources by using <ref></ref>, as well as adding them at the end of the article with <references />. This section may also include the family's dev blog entries (if applicable). 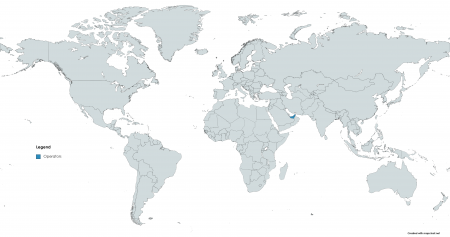 Map of OF-40 Operators

* These numbers are from sale data to the UAE so it is possible that more OF-40 Mk.1 and Mk.2 tanks were built.