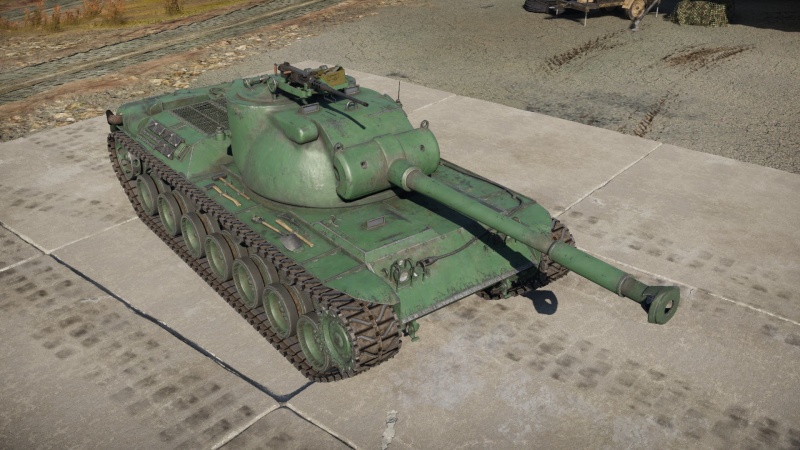 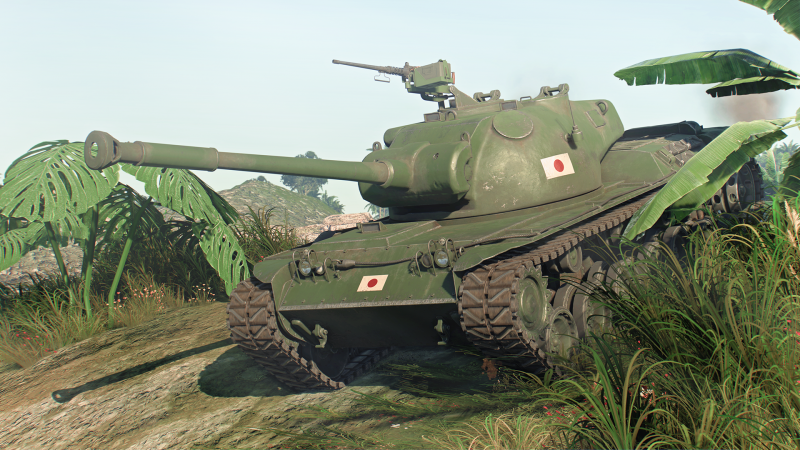 The ST-A1 (also known by STA-1) is a rank IV Japanese medium tank with a battle rating of 6.3 (AB/RB/SB). It was introduced along with the initial Japanese Ground Forces tree in Update 1.65 "Way of the Samurai".

Ammo racks of the ST-A1

As the ST-A1 is Japan's first tank for a new era of tank development, it shows the same gameplay issues as the Chi-Ha. The weak armour, the slow to mediocre turret rotation speed, quite a long hull and high drop-rate of shells.

But its not just all negatives, the mobility is good for what it is, has adequate gun depression and the ST-A1 even comes with HEAT like the Chi-Ha, this time in the form of M348 HEATFS researchable as tier IV modification.

Before you have your hands on the HEATFS, the safest bet is to exploit the flanks of the enemy, especially when starting with only AP, frontal penetrations won't happen reliable with the tanks the ST-A faces, try aiming for ammo racks, put a solid round into cramped crew members while trying to get the M82 shot and back up into cover or behind corners as the crew reloads the shell.

With the HEATFS finally unlocked, you can fully make use of the punches you can deal and the zoom you have, help your allies out with the toughest of enemies and simply frontally penetrate them.

Once Japan acknowledged defeat in World War II, its military institutions had to be reformed with new systems and production methods. The country was prohibited from having an official military, and was instead permitted to create a paramilitary national police force. During this time they used American tanks lent to them by the US. Later, as the Korean war intensified, the United States allowed Japan to have its own defense force in the face of increased tensions. By the mid 50s, it became clear that the Self-Defense Force required their own tank development to fit the terrain of the country. New lightweight Japanese tanks were planned to be compact and manoeuvrable, making them able to be transported cross-country through mountainous terrain. The vehicles borrowed from the main armament of the American 90 mm calibre gun, familiar and favoured by War Thunder players as the main armament of the American M46 and M47 tanks.

To fulfill the military's requirements, tank designers offered several promising projects, the first of which was the ST-A1. The tank ended up quite compact, with a height of only 2.2 m. This allowed it to have excellent cover abilities, with a cast turret and traditional Japanese tank layout: the engine installed behind the transmission. Two finished vehicles of this model were built. Despite the fact that the ST-A1 series did not continue, it was a starting point for the future of Japanese tank development.