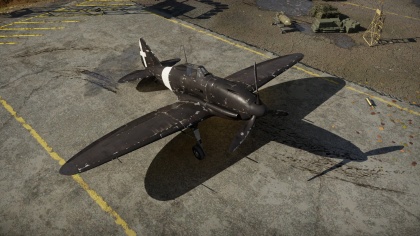 The Re.2001 CN is a rank III Italian fighter with a battle rating of 3.7 (AB), 3.0 (RB), and 2.7 (SB). This aircraft has been in the game since update Update 1.85 "Supersonic". As of update 1.85, it is the last Reggiane available for research and provides a notable upgrade over the previous models with the inclusion of two MG 151/20 (20 mm) cannons mounted in the wings in place of the underwhelming 7.7 mm Breda-SAFAT's.