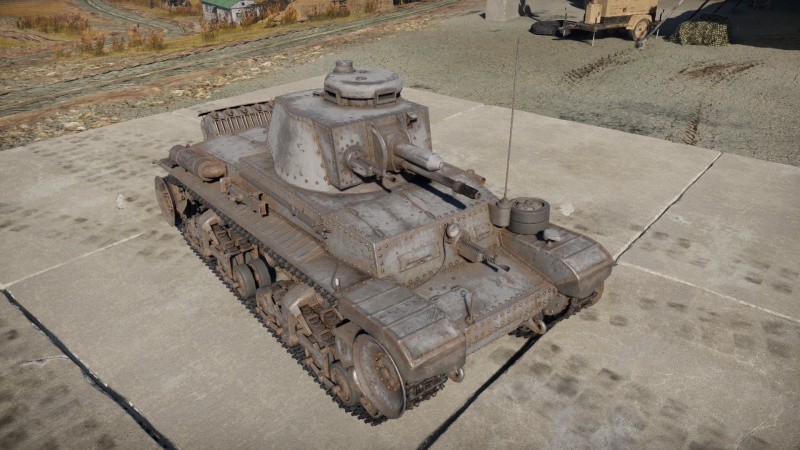 The Pz.35(t) has a key advantage over most low battle rated tanks which is found also on French tanks - it has 25 mm front armour on the hull and turret which makes it immune to 12.7 mm machine guns that are commonplace at its tier, however, the sides can be penetrated with such weapons. It has four crew with decent spacing between them, but a far cry from the Panzer III/IV, so while it can save you sometimes, don't rely on it, especially if a Russian APBC or British 2-pdr shell is coming your way.

The Pz.35(t) is armed with the 37 mm KwK 34(t), which has an APC shell with 55 mm pen and a Tier I unlockable APC shell with 52 mm pen. It also possesses an 85 mm penetration APCR shell for more heavily armoured targets such as B1 bis. 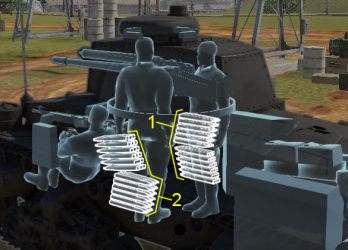 The small calibre of the MG37(t) machine gun makes it largely ineffective against all armoured vehicles but the ones with an open compartment. It still can be used to ping targets as a rangefinding help or to mow down minor obstacles blocking your line of sight. 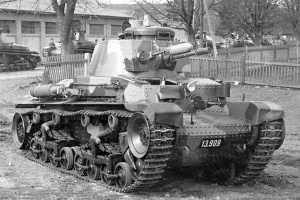 The Czechoslovakian main battle tank prior to German occupation, 398 were built between 1936 and 1939. They called it the Light Tank vz (model) 35. Another 126 were exported to Romania in 1936, where they were called the R-2. The Germans seized 244 of the 35(t) models when they invaded in 1939, with another 52 kept by Slovakia. The 6th Panzer Brigade used the 35(t) in the invasion of Poland. The 6th Panzer Division used it used it most notably in the Battle of France and in the invasion of Russia. It was retired from German service in 1942 but remained in service until the end of the war in countries like Romania.