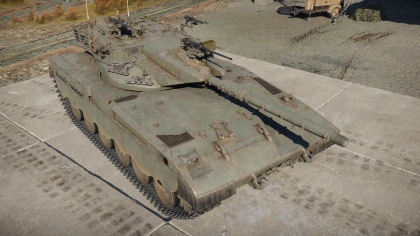 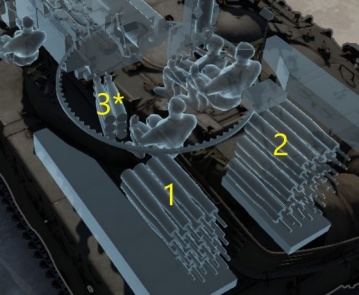 Racks #3 and #4 are ready racks on the Merkava, taking up 16 rounds before rear hull racks #1 and #2 are filled with ammunition. Due to the unique layout of the Merkava and the ammo racks being away from the front, it would not harm the tank's survivability by a large margin to carry more ammunition.