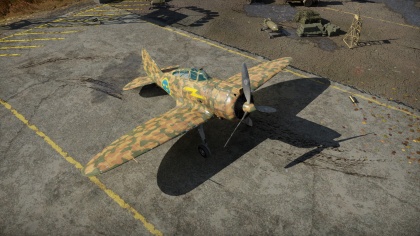 The J20 does not have any armour, like its counterpart, the Re.2000 serie 1. However, it does have 2 self-sealing fuel tanks underneath the pilot.