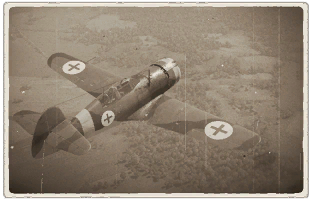 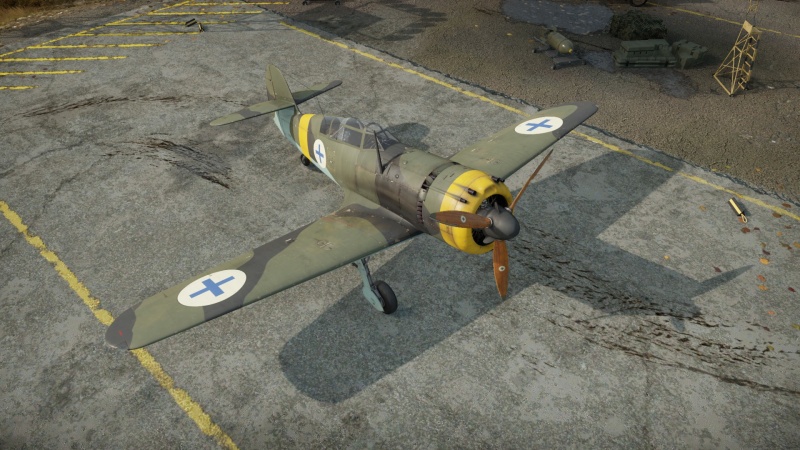 The VL Myrsky II is a premium gift rank II Swedish fighter with a battle rating of 2.7 (AB) and 2.3 (RB/SB). It was introduced during Update "Red Skies" as a reward for the 2021 Summer Landing event.

The VL Myrsky II is armed with:

The VL Myrsky II can be outfitted with the following ordnance:

In the leadup to the Winter War, the Finnish military was hastily building up its fighting strength, including that of its air force. Despite it being clear that the demand for new aircraft couldn’t be met by the limited Finnish aviation industry, the military nonetheless issued a set of requirements to the State Aircraft Factory in order to come up with a new design in early 1939.

The prototype, named Myrsky (Finn. for "Storm"), made her maiden flight in December 1941, after which started a long program of correcting identified issues. In the fall of 1942, serial production of the fighter began, with the main problems of the original version solved - the aircraft in serial production were designated Myrsky II. By the time the batch production was completed, the flight and combat qualities of the fighter were no longer satisfied with the military. The Myrsky II shortly served in the final stages of the war and was decommissioned in 1947. Including prototypes, a total of 51 Myrsky IIs were built.