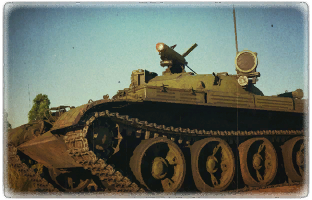 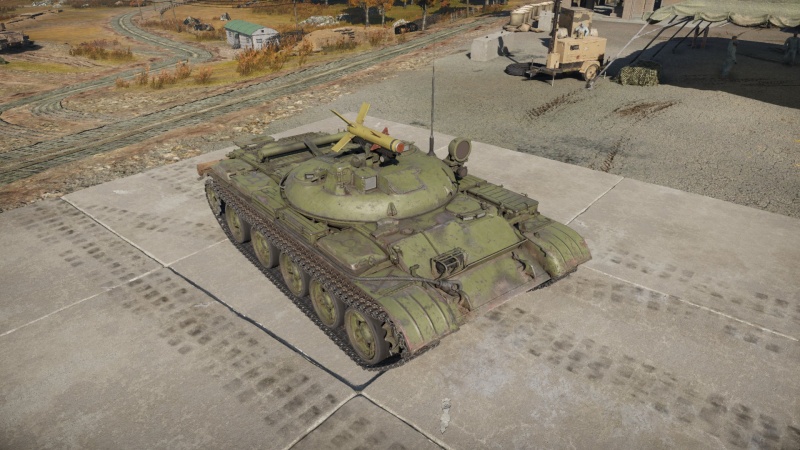 The IT-1 is a rank VI Soviet tank destroyer with a battle rating of 8.3 (AB/RB/SB). It was introduced in Update 1.59 "Flaming Arrows" and was one of the first ATGM-equipped vehicles to be in the game. The IT-1 is equipped with the 3M7 anti-tank missile capable of penetrating 500 mm. 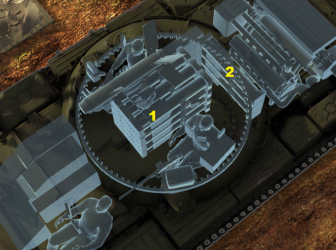 The IT-1 is a niche modification of the T-62 chassis with a new, low profile turret designed to carry a 3M7 Drakon ATGM launcher, which is the vehicle's only weapon system and is mounted above its turret. Like most ATGM tank destroyers this can put the IT-1 at a disadvantage in many situations when facing conventional cannon-armed enemies, but it does have the capacity to excel in certain situations. The 3M7 missile itself is one of the largest at this tier, with 3.8kg of TNT equivalent explosive mass, compared to 2.4kg of the TOW missile and 3kg of the HOT missile. Coupled with its decent penetration, it can one-shot virtually anything it will face. In addition, the launcher can depress up to 9 degrees, making it easy for the IT-1 to take advantage of cover to become virtually untouchable, and the turret can rotate a full 360 degrees, which is pretty unique among ATGM vehicles. Finally, the IT-1 is relatively well armored compared to most other vehicles that carry ATGMs, and while it is insufficient to rely on especially against higher tier opponents, it does offer decent protection.

The IT-1 performs best at medium to long ranges while behind cover. The ATGM will easily dispatch of most enemy vehicles, and the IT-1 is very difficult to kill when it uses cover effectively. However, keep in mind that the 3M7 ATGM is not particularly fast and is somewhat less maneuverable than other ATGMs, so enemies may have time to retreat to cover or simply outrun the missile's tracking ability before it reaches them. If an enemy is pushing towards your cover and a retreat is needed, the ESS can come in handy.