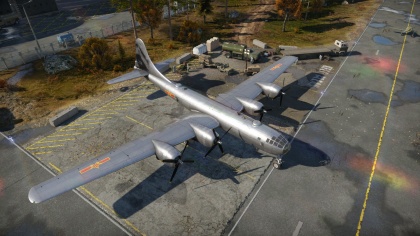 just Like its Russian counter part the tu-4 is a heavy bomber with heavy defensive guns and insane bomb loads. But like almost every other bomber in game it flys like a brick with wings and for engines. It dopes have aa high max speed and somewhat decent turn time for a bomber.