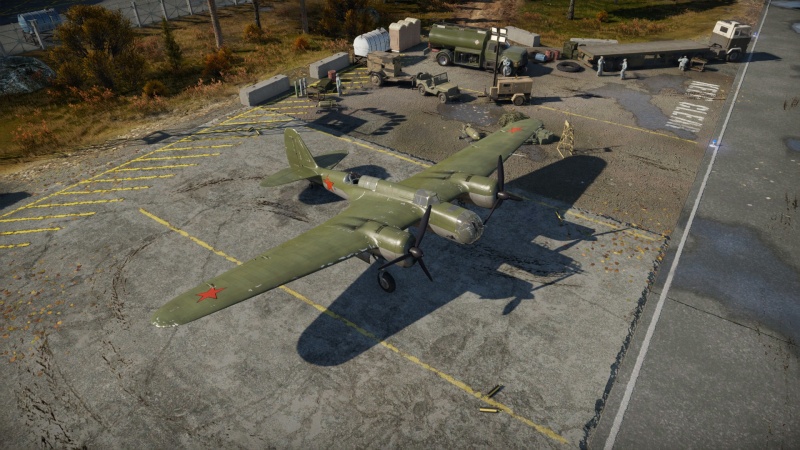 The SB 2M-103 can be outfitted with the following ordnance:

In Realistic battles, you should use the same tactics as in Arcade battles. Note that 2 x 500 kg FAB 500 bombs are enough to destroy a base.

If your plane is an early biplane armed with weak MGs (2-4 x 7.7 mm or below), you should use deflection shots. That is, imagine yourself as an anti-air missile, predict where you two will meet and fly towards that point. This way it gives the gunners little window to open fire at you. When firing, try to aim for the cockpit for a possible pilot-snipe, as the pilot is very unprotected or aim at its engines to damage it or the cooler. Without an engine, the SB 2M won't fly far.

If you are flying an interceptor/heavy fighter that is heavily armed and armoured, you can just sit behind the SB 2M and confidently take out its crew/modules one by one, as its 7.62 mm MG has rather weak penetration and damage. This is the most precise way of damaging an aircraft, however, the safest tactic is still, and will always be deflection shooting. One accurate burst will critically damage the weak airframe of the SB 2M, or snap off its wing straight away.