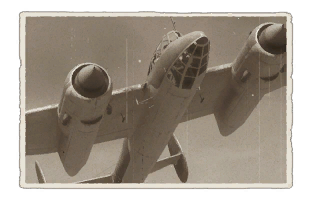 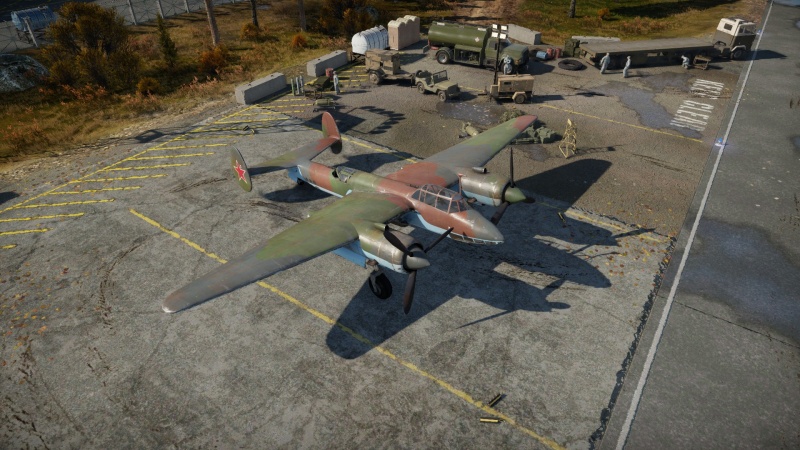 The start of the Tupolev-manufactured aircraft in the Soviet aviation tree, the Tu-2S delivers a mix of agile aircraft handling with the twin-engine and a sight-enabled payload for accurate delivery of bombs onto small targets.

The Tu-2S is armed with:

The Tu-2S can be outfitted with the following ordnance:

The Tu-2S is defended by:

When bombing anything, note that the center of the reticule should be aimed below the target by about a centimetre (looking at the screen). This will allow the bombs maximum precision. Remember to open the bomb bay doors before attempting to drop the bombs. Once the payload has dropped, begin attacking artillery and AAA guns with the 20 mm cannons. Fire in short bursts to conserve ammo, as the more of these light targets are destroyed, the better. Never attack light pillboxes with the frontal cannons! The ammo spent attempting to destroy these (~200 rounds) isn't worth it! Always attack lighter targets, or if the situation presents itself, enemy aircraft. Once the bombs and cannon ammo are exhausted, then high-tail it back to the airfield. Fully upgraded, the Tu-2S can maintain ~450 km/h on the deck, no problem. Be careful upon landing, as the plane tends to stall at ~175 km/h. Rearm, and repeat!

Late War piston fighters (Spitfire F Mk 24, Fw 190 D-13, F8F-1B, etc.) - These are constant opponents at the battle rating, so they should never be ignored. If possible, run back to base and don't commit to a head-on with props, as they have a little more time to aim their shots and steady their plane. Rely mostly on the defensive turrets if needed.

Player-Controlled SPAAs (Kugelblitz, Crusader AA Mk II, etc.) - These are the bane of bombers (especially medium-sized ones such as the Tu-2S). When the tracers fly, don't risk a dive. Circle around or find some unsuspecting flanker that is outside the cover of these AA guns.