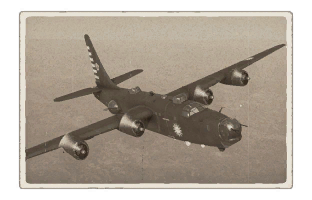 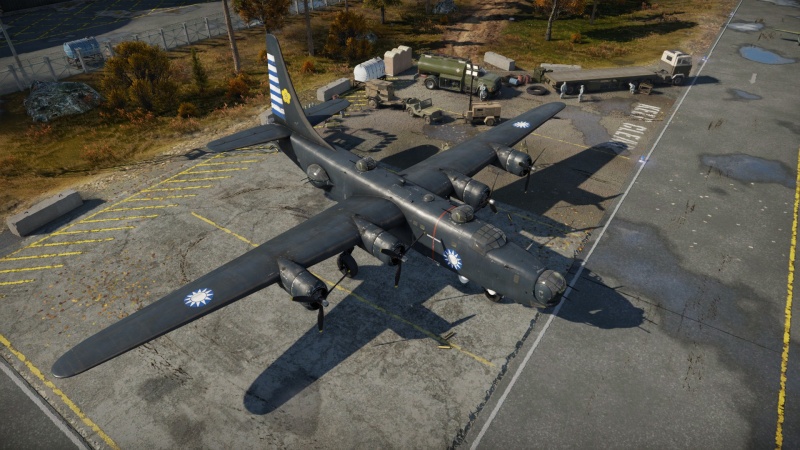 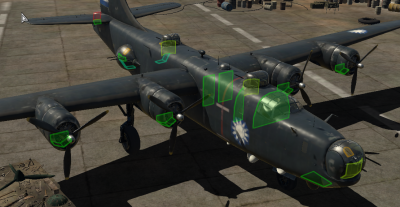 The PB4Y-2 (China) can be outfitted with the following ordnance:

The PB4Y-2 (China) is defended by six turrets each equipped with dual-mounted M2 Browning machine guns.

Amid the ongoing Sino-Japanese War (抗日戰爭), USAAF had deployed dozens of B-24D in Chinese soil for strategic bombing operations against Japanese-occupied areas. Later in 1943, ROCAF got their hands on a few of those B-24Ds from 14th Air Force; although this would have to delay until 1944 where ROCAF finally has enough crew for the bombers, but this time B-24Ms.

These 37 B-24Ms then became part of the lend-lease program and strategic forces of ROCAF. During the upcoming Civil War in late 1940s and retreat of the Nationalist Forces to Taiwan, B-24s was the centerpiece of any bombing operation against PLA and the later Socialist China; due to the lack of replacement aircrafts from USAF and severe losses in Mainland China, these were soon phrased out by PB4Y-2s.

The arrival of PB4Y-2s were nowhere enough for any counter-attack operations to Mainland China with fleets of the latest jets and usually used for recon operations, including 34th “Black Bat” Squadron 黑蝙蝠中隊 ; while the Black Bats didn't lost any of them before changing for newer RB-57 and P-2V, there were records of shot downs over Mainland China from other squadrons (No. 012, during bombing operations; all crews KIA)[1] and one was lost to Burmese Air Force in 1961 as it was carrying supplies to the Northern Burma Guerilla (緬北孤軍) of the Nationalist forces near Chinese borders.

PB4Y-2 ended its frontline services in 1960 while some might have been transferred into transports, but very few records can prove so.