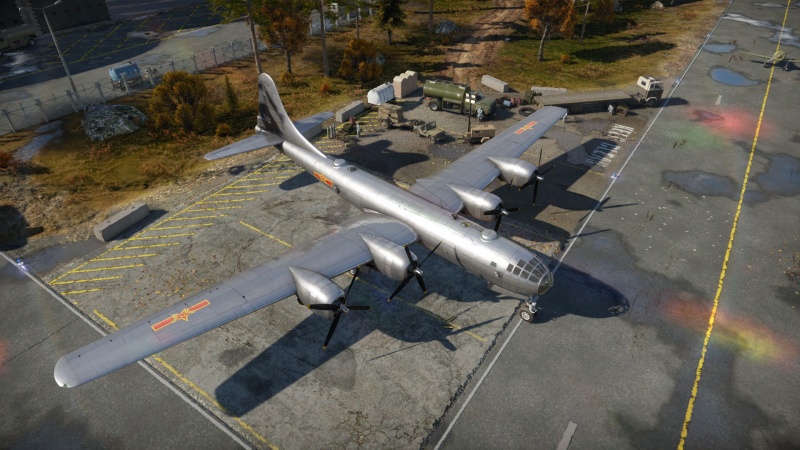 While playing the Hunter F.1 or the Vautour IIA, it is easy to send this monster of an aircraft back to base with just one burst. Engaging in a head-on is recommended, as the pilots have little protection, usually knocking them both out.

The Tu-4 is a monster of an aircraft in terms of its profile and size, making it very easy to hit. Wings and the tail control are weak spots, so hitting the wings will result in severe wing damage on the Tu-4, forcing it to return to base or even sending it back to the hangar.

The Chinese Tu-4 has the same bomb loadouts as its Soviet counterpart, giving it a very impressive maximum load of 12,000 kg, with a wide selection of different bomb sizes. If you are looking to destroy bases in air battles then the 8 x 1,500 kg option is best as it allows more drops than the 4 x 3,000 kg bombs while still being able to destroy bases. If you are looking to do damage to the main airfield then the 4 x 3,000 kg option will give you slightly more TNT equivalent, but offers less flexibility.

Like the bomb load, the defensive armament of the Chinese Tu-4 remains unchanged from the Soviet model, with a total of 10 23 mm NR-23 cannons providing all-round coverage. While the defensive armament is excellent, you need to engage targets manually as the AI gunners do not engage at sufficient range to take out threats. The utility of the turrets is also lessened when facing missile-armed jets, which can engage you from longer ranges. In these cases you want to throttle down or even turn off your engines to make it harder for them to get a missile lock, and so draw them into range of your guns.

With this bomber's high battle rating, you should be actively looking out for enemy vehicles. It is possible for an attacker to have a relative closing speed of over 1,000 km/h. Relying solely on the spotting system will allow some fighters to get so close it will be impossible for you to react. It is especially common for the enemy to approach either in a 30° cone straight ahead or to trail behind and below you, generally outside gun range before pulling up sharply.

When first starting with this aircraft, the payload option is 40 x 100 kg bombs which are able to destroy numerous bases. One of the best ways to maximize the payload's effectiveness, 15 x 100 kg bombs are needed for one base. The A.I. gunners will be able to defend the plane as bombs are dropped from the bombsight until switching back to the pilot seat, ready to head to next objective. The best option for base bombing is the 8 x 1,500 kg payload. A single bomb will be enough to destroy a base, provided you do not miss.

The two most dangerous opponents of the Tu-4 are the S.O.4050 Vautour IIA and the Hunter F 1. With their 30 mm cannons, one burst will be devastating against the Tu-4. The F-86F-2 is also a dangerous opponent, with four 20 mm cannons with a very high velocity and rate of fire.

When down tiered, the most dangerous opponents are the Me 163 B, the Me 262 C-2b and the R2Y2 KAIs. All equipped with 30 mm cannons, they are able to send the Tu-4 back to the hangar within one burst. The 163s and Ki-200 extreme mobility are something to be wary of. It isn't uncommon for bomber pilots to lose track of the attacker after a fly-by.

Do not consider any enemy bomber or attacker as a neutral or even friendly party. It is quite common for Canberras or even B-57s to try and engage you if the opportunity presents itself.

It's known that at least twelve Tu-4s were aided to People's Liberation Army Air Force (PLAAF) by USSR since 1953, making China the only Tu-4 operator outside of the USSR. Ten Tu-4s delivered by the end of 1953 were operated by the Fourth Independent Regiment of PLAAF and later, in 1960, two additional aircraft were aided and served as navigational training aircraft; Tu-4 were saw during the riot-suppression operations over the Tibetan Plateau as a gunship and the Sino-Indo Border War, and sometimes bombing the frozen Yellow River to reopen shipping routes. 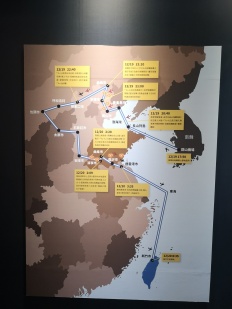 At late 1950s, in view of the harassment and reconnaissance missions from the 34th "Black Bat" Squadron (第34"黑蝙蝠"中隊) of ROCAF, PLAAF had plans for modifying Tu-2 into night-time interceptors and had attempted to hunt down P2V-7U flown by the aforementioned squadron, but ROCAF managed to bait that Tu-2 into terrain thus giving a death sentence to this project. By the 1960s, a commander of PLAAF suggested a plan to modify a Tu-4 (aka Tu-4P in this case; No. 0049) into an anti-aircraft gunship as both Tu-4 and P2V shared similar service radius. The aircraft had installed a PSBN-M radar from IL-28 by the tail of the aircraft, the gunner sights were also upgraded into infrared sights and the bomb bay was also modified into a command station where it could serve as an airborne control plane for the jet interceptors. This Tu-4 was dubbed "the Shadow Aircraft 影機" by ROCAF.

A detailed information on the very first interception operations conducted by the "Shadow Aircraft" could be found in the Black Bat Squadron Memorial Hall in Hsinchu, their home base. The crew of this P2V flight took off from South Korea on 19 December, 1960 and survived the interception from J-5A, "the Shadow Aircraft" and ground AA; only to knew the existence of such aircraft a year later after multiple interception by this aircraft. While the records from PLAAF mentioned that the gunship was first flown in 1st March, the mission was only for tracking instead of a head-to-head interception.

After the attempts proved fruitless and the halt on recon flights to Mainland China, the aircraft was converted backed into a conventional bomber and lost in the river of history afterwards. 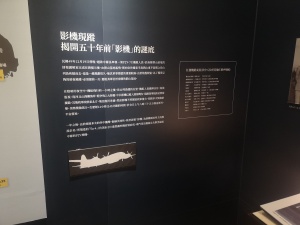 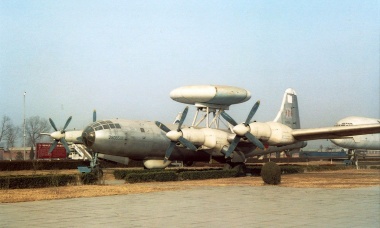 Due to the lack of endurance of the original Ash-73TK piston engine, in the 1970s the remaining Chinese Tu-4s installed new WJ-6 ("渦槳-6", Turboprop-6) turboprop engines and J17G-13 four-bladed propellers (domestic imitation of AI-20 engine and AV-68 propeller). The 4250 horsepower WJ-6 is more powerful than the original piston engine and a one-piece ventral fin or two small endplate fins at the tips of the horizontal tail were mounted to improve horizontal stability of manoeuvre characteristic. Meanwhile, all of the defensive turrets on these modified Tu-4s were removed for better performance.

At that time, the Tu-4 is the optimal heavy-weight long-range air platform operated by PLAAF, so a turboprop Tu-4 (series number 2806501, Red 4114) was chosen as the airframe of 'Plane 926', first airborne early warning and control (AEW&C) plane of PLAAF. A huge rotodome, holding the Type 843 radar, was mounted on its center station of the wings and some small antennas were installed on the fuselage, The project started at 1969 and later be called as KJ-1 ("空警一號", AWACS No.1). The KJ-1 ushered its first test flight in November, 1971. However, the Type 843 radar was found to be lacking in the ability to detect and track low altitude flying objects during the test, so the whole KJ program was disbanded by 1979. Currently the KJ-1 is in public display in the Chinese Aviation Museum, Beijing. Another three Tu-4s with turboprop engines were modified as ECM plane or ELINT planes.

During the Vietnam War, China captured serval wrecks of Ryan BQM-34 reconnaissance drones and one of them was fixed, becoming the sample of reverse-engineering. The resulting product, called Changhong-1 ("長虹一號", Skylight No.1) or WZ-5 ("無偵-5", Unmanned reconnaissance aircraft No.5) was built based on the BQM-34. A modified Tu-4 (series number 225008, Red 4134) with turboprop engines was converted into a drone carrier platform. The red 4131 drone platform is capable carry two Changhong-1s under the pylons mounted underwing. It can also carry two La-17K UAV.