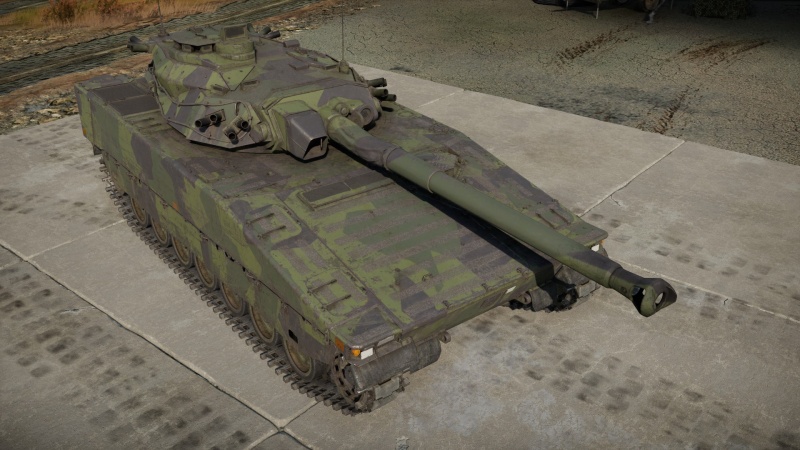 The CV 90105 TML's greatest weakness is its poor survivability. It is only protected by thin armour on all sides. Due to the internal layout of the tank, ammo detonations and one-shot deaths are very common. Cannon-calibre rounds are able to penetrate the CV 90105 TML's armour, and artillery and aircraft post a serious threat to this tank. The CV 90105 TML has effectively no anti-air capabilities and its thin roof armour makes strafing attacks dangerous.