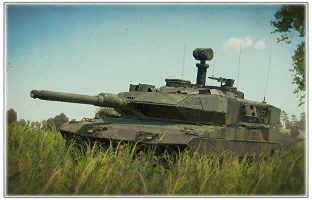 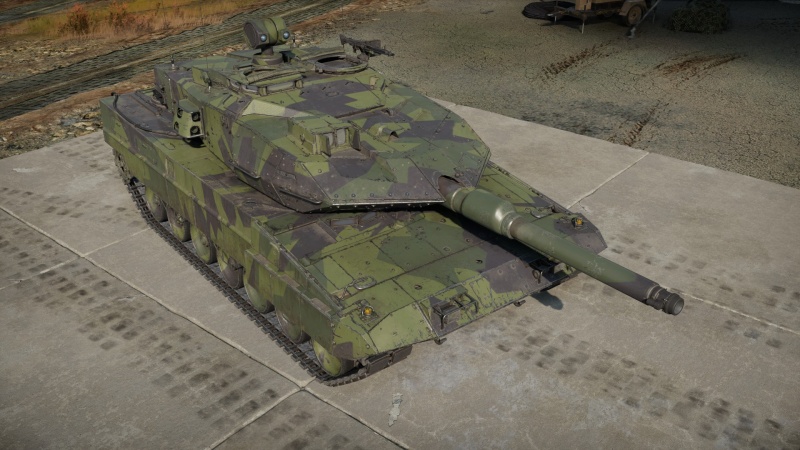 The Stridsvagn 122B PLSS is a rank VII Swedish medium tank with a battle rating of 11.0 (AB/RB/SB). It was introduced in Update "New Power".

The Strv 122B carries on all the good armour from the previous 122A model, but gains a 20 mm steel plate on the LFP and underbelly, as well as having a remodelled hull ammunition rack. The plate helps stop ricocheting shells, and can be a layer of defence against explosive and chemical penetration rounds. The new hull ammunition rack is wider but has an overall lower height - meaning that shells entering the LFP and passing through the bottom of the tank's interior may now pass under the shells without hitting the racks. 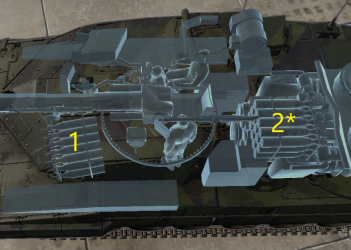 Ammo racks of the Strv 122B PLSS