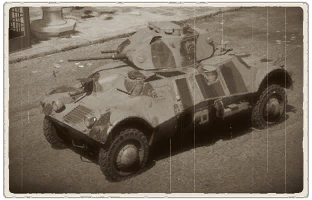 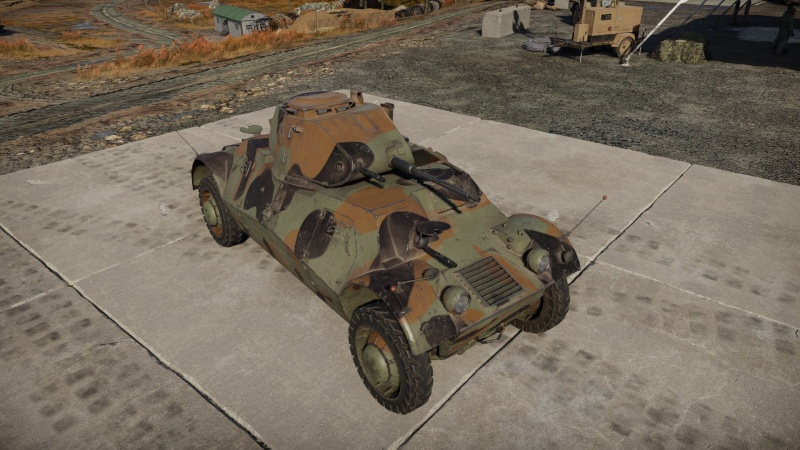 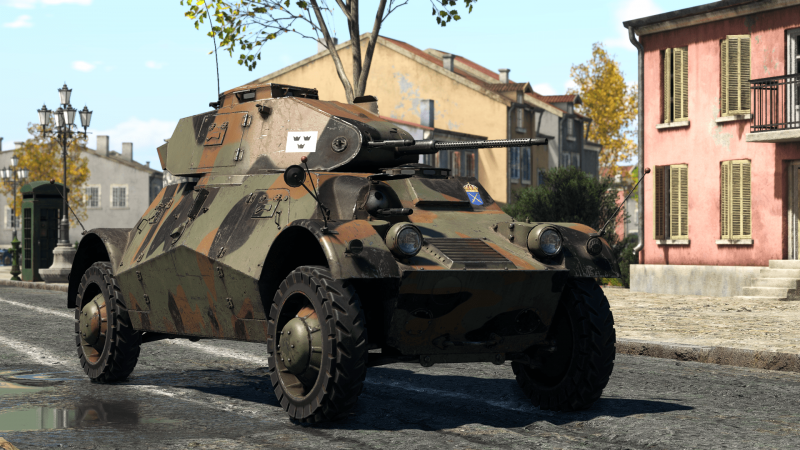 The Pansarbil m/40 is a premium gift rank I Swedish light tank with a battle rating of 1.7 (AB/RB/SB). It was introduced during Update "Direct Hit" as a reward for the 2021 Export Order event.

The Pbil m/40 is an armoured car with a 20 mm autocannon. It has light armour but a large 6-person crew, and the ability to go the same speed forward and backwards. Its speed allows it to get into objectives and flanking position quickly, which allows it to strike the weak side of tanks, offsetting the relatively low penetration of its rounds. 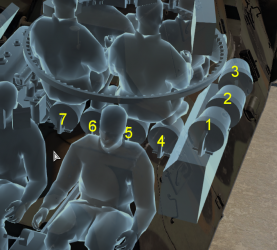 Ammo racks of the Pbil m/40

The fast speed allows the Pbil m/40 to get into positions where the enemy team would not suspect you. Take advantage of your 20 mm cannon's high rate of fire to quickly dispose of unaware tanks. If you are engaging someone in CQC, you should try to take out their gunner or barrel before trying to finish your enemy off, although you should be able to penetrate most enemy tanks frontally. You can also utilise its speed to reach capture points early before attacking the enemy, which will also help your team as you are essentially scouting for them when they catch up to you.

In 1937, the Danish Army requested the development of an armoured car from the Swedish AB Landsverk company. Developed under the name 'Lynx', three of the 18 units ordered were already shipped to Denmark before the outbreak of WWII. However, after the outbreak of hostilities, Sweden placed an export ban on all military equipment and the remaining Lynx armoured cars remained in Sweden.

Subsequently, the Swedish military commissioned the remaining vehicles into its own service under the designation Pansarbil m/39 while already issuing an order for 30 more vehicles to be built. Part of this order was licensed out to Volvo, with these vehicles receiving the designation Pansarbil m/40. The vehicles remained in Swedish service until 1958 before being decommissioned and sold off to the Dominican Republic where the last units remained in service until the mid 1990's.