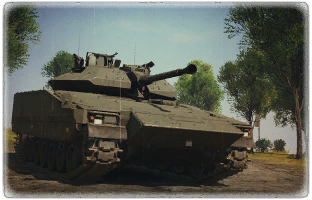 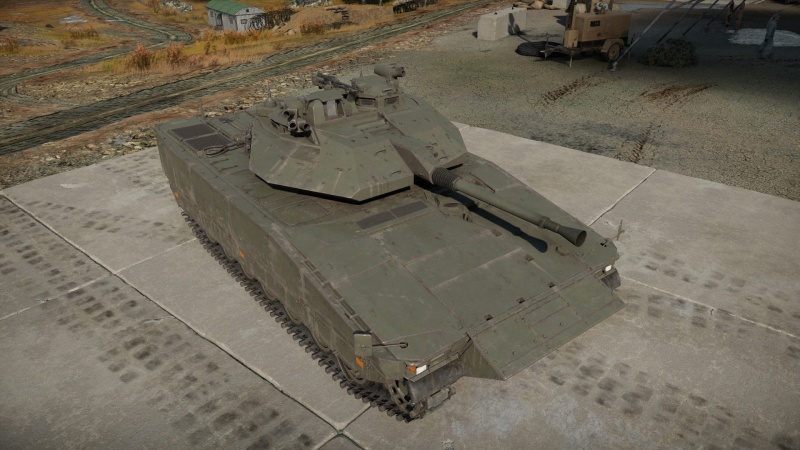 The Strf 9040C is a Swedish IFV capable of firing modern shells at a devastating rate, effectively dealing with any type of opponent it faces, resulting in a valuable support vehicle.

Compared to most IFVs found in the game, the Strf 9040C is a lot different to its peers. The tank has no Anti-tank missiles, and sits at the highest ranks, facing vehicles other IFVs never get to experience. This is due to the design of the vehicle, as the Strf 9040C features a reliable 40mm Bofors cannon, which should be familiar to most players. However, this cannon features something unlike any other 40mm. The vehicle fires sub-caliber shells with fin-stabilization, capable of shredding any opponent from the side, even frontally. This compensates for the lack of missiles, and results in a highly versatile vehicle capable of disposing several opponents at once, as it can fire up to 24 shells in the span of 12 seconds.

If the anti-tank capabilities weren't enough, the cannon features Proximity-fused High-explosive shells, capable of tearing apart any unsuspecting aerial opponent. This feature is incredibly useful in higher tiers, as close-range helicopters and attacking planes are incredibly common. Despite the Strf 9040C lacking any form of radar equipment compared to its SPAA sister, the Lvkv 9040C, the tank can still effectively deal with aerial targets, especially at closer ranges.

The tank has a decent amount of armour for a light Tank. The tank is nearly completely covered with composite screens effective against chemical rounds.

The turret is completely covered in 20 mm RHA plates except for the gun mantlet that is 35 mm thick. The Turret is covered from the front to 2/3 of the sides vwith composite screens. The turret roof is only 20 mm thick.

40 mm Akan m/70B cannon
Two-plane stabilizer
Reduces the swing of the gun in two planes while moving
Autoloader
Automatically feeds projectiles into the breech. The speed does not depend on the skills of the loader
Ammunition234 rounds
First-order24 rounds
Reload0.2 s
Vertical guidance-8° / 27°
Main article: akan m/70B (40 mm) 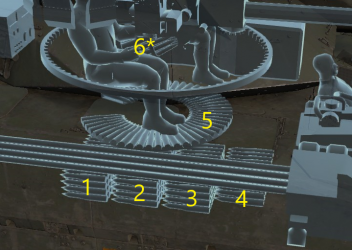 Flanking or very carefully aimed shots are key as none of the 9040C's ammo types can penetrate the frontal armour of most MBTs found at the BR, but its high rate of fire means that penetrations are quickly lethal. Since the magazine carries 24 rounds, it is advisable to fire the weapon in burst of either four or eight rounds with an interval of 2 - 4 seconds in between, especially at range.

However, the vehicle's low armour and relatively average speed mean that patience and caution will be what keep you alive long enough to actually get those kills.

In 1983, the Combat Vehicle 90 group was created by representatives from many Swedish producers for high mobility vehicles with air defence and anti-tank capabilities in mind. In 1985, the chassis saw development and the first orders for the 40 mm Bofors cannons were done. A year later, in 1986 the prototypes for the Strf 9040 and Strf 9025 were ordered. The prototypes arrived in 1988. The vehicle entered full production in 1993 and is still produced to the present day.[1]