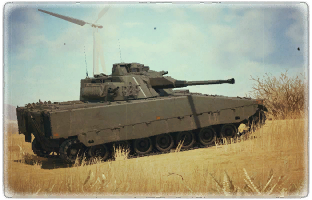 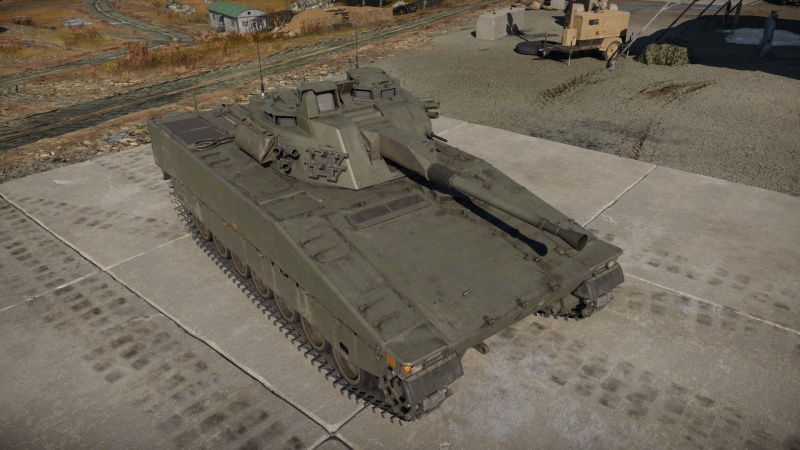 The Stridsfordon 9040B is a rank VI Swedish light tank with a battle rating of 9.0 (AB) and 9.3 (RB/SB). It was introduced in Update "Ground Breaking".

40 mm Akan m/70B cannon
Two-plane stabilizer
Reduces the swing of the gun in two planes while moving
Autoloader
Automatically feeds projectiles into the breech. The speed does not depend on the skills of the loader
Ammunition234 rounds
First-order24 rounds
Reload0.2 s
Vertical guidance-8° / 27°
Main article: akan m/70B (40 mm)

The Strf 9040B was an updated version of the 9040A, it was updated to meet modern standards at the time installing such things as a fully stabilized gun as well as incorporating new electronic systems. They also made the suspension better as to improve accuracy on the move as well as crew confort. The gun was also upgraded going from the Bofors automatkanon m/70Bb to the Bofors automatkanon m/70Bc that added an electronic firing pin to improve the accuracy of shots. The model was introduced October 1999 and the Swedish armed forces bought about 44 of the 9040B model.