Difference between revisions of "C.205 serie 3" 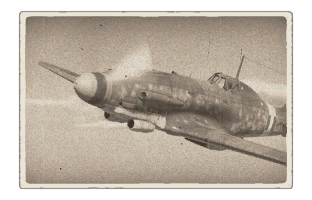 The C.205 serie 3 is a refinement of the C.205 serie 1, which was a development of the C.202. The serie 3 addresses the main issue of the C.202, which is it's highly underwhelming firepower. The wings now each hold a 20 mm MG151/20 cannon which accompany what used to be the primary armament, 2 x 12.7 mm machine guns mounted above the engine cowling. Other improvements include the replacement of the Daimler-benz 601 with the more powerful DB 605. The upgraded engine gives the C.205 enough performance to keep up with its armament and battle rating.

The aircraft has a very good roll rate and generally good acceleration both in level flight and when diving. Overall handling is good and energy retention in level flight and in the vertical is very good. Control lock up starts with the rudder past 500 - 550 kph with the test of the control surfaces steadily locking up past 600 - 650 kph. Players should make sure to leave enough altitude to pull out of a steep dive. The control lockup prevents the wings from tearing due to excessive G-force. The engine maintains alot of power even past 5,000 metres and takes a while to overheat.

For Full real control pilots, the left wing is slightly longer than the right to counter the torque of the engine. This can cause the aircraft to roll to the side even when making a slight change in pitch.

The ability of the aircraft to do alot of things well gives the pilot many options when engaging opponents. Side climbing is advised as many of the C.205s adversaries, most notably Spitfires and Yak 3s, can outclimb it. Once at around 5,000 - 6,000 metres Boom and zoom tactics should be used against fighters bellow you. However the excellent armament means that you can stay at altitude and hunt down any pesky bombers which didn't decide to climb. While not a dedicated turn fighter, the C.205 can still compete in dogfights with good flap and throttle control.